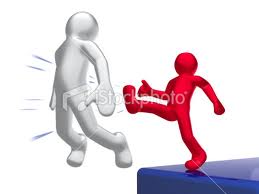 Hey folks! I want to first apologize about no post yesterday. I really hate the days where I don’t get a post out for you. Today I want to explain what a bad day for a mechanic looks like. I really what you guys to understand that I am NOT bitching about my job. I have committed to be 100% open and honest with everyone. That means that you get to hear the good, and the bad!

After doing a few easy jobs I pulled in a 2011 GTI. The concern was that the fans would run for a long time after shutting the car off. Depending on the length of time, this can be normal. I pulled the car in the shop and sure enough the cooling fans were running full speed even with the key off. The car had been sitting for a few hours, so i knew the engine was not hot enough for the fans to be on.

One thing to note, the check engine light was on. The customer made no mention of the light. On the surface that might not seem like an issue, but it puts me on a high alert. If they didn’t say anything about the light, what else are they not saying. Again, this might not be an issue, but I usually wonder why nothing was said. I guess another point would be, why didn’t the service advisor ask about a check engine light.

After some initial checking, I found that the car had a code stored in the engine computer for the fan, and for another emissions part. Since I was looking at 2 different issues, I had to start somewhere. I started with some very basic diagnosis, checking fuses, checking grounds, the battery. Didn’t really find an issue. I will save the boring “how to” of all the checks that I did, but lets just say, I checked a lot of stuff.

During some of the tests, I noticed that some things were not right. The ECM has tamper proof bolts from the factory, this car had regular bolts installed.The wiring harness looked like it had been tampered with. We had no luck getting a hold of the customer to find out if anyone had looked at the car. I removed the ECM and found that the wires had damage to the outer coating. It looked like someone had poked holes in them to test. This is a HUGE no-no especially on small wires. Now all the red flags were flying. It was time it figure out what the heck happened.

I checked the cars history at the dealer. It only had 1 service completed there. Then I checked the history at VW. It had 2 repairs that were NOT done at my dealer. We can only see what parts were replaced in the VW history. It turns out the ECM(engine control module) and the BCM(body control module) were both replaced about 2 months ago. ~The BCM controls almost everything non-engine in the car. It is a very important module.

So, that explained why the bolts were wrong and the wires were messed up, but didn’t help with the issue. We called the dealer that replaced the parts, they simply said it was because the car would not start. Back to diagnosing, I started checking into what was done at the other dealer. That lead me to checking the ECM coding. VW modules have different “programming” based on equipment. This ECM has what is known as long coding. It is 7-10 bytes, each has 8 bits. The 8 bits are represented by 2 characters(confused yet?).

The ECM installed in the car did not match the the number of bytes that is had when it was built. It might sound like a bad thing, but now I have something to go with. It was time to call VW technical help line. It is what we use when we need more help fixing cars. I wrote a post about what happens when a mechanic can’t fix your car a while back. It talks more about tech line. 😉 I called the folks at VW. After going through the basics, I told them what I found with the coding. I was on hold for about 10 minutes. The guy from tech line came back and said, “Forget about the coding, if you had looked at the part numbers, you should have known they were different”. Basically telling me I should have known it was fine.

He gave me some some things to check, and got rid of me as fast as possible. It was the classic, “Get him off the phone because I don’t want to deal with this problem.” The best part was, the test he gave me made NO sense. It would be like testing the battery to figure out why a tire is flat. After an annoying conversation with tech line, I decided to repair the bad wiring and go from there. During the entire time of working on this car, I could not shake the feeling that the ECM was the problem. There are times when it is cut and dry the module is bad, but MOST of the time it is a dice roll.

After fixing the wires, I was pretty much back to square 1. I loaded up the repair manual and spent some trying to find the common issue. VW repair manuals are populated by VIN. They should be specific to the car. Wanting to make sure I had all my bases covered, I started doing more wire checking. As I am looking at the wiring diagram, I find wires missing.

TADA~ wires are missing. Wait, how can wiring be missing? It turns out, the wiring diagram for that car is WRONG!!! The car was built 10/10, but the wiring harness must have come from the future. The diagram matched a car built 12/10. Thanks wrong information. Now with the proper information, I found that ECM was not sending the signal out properly. Ordered 1 ECM. I will update when the part comes in.

So what lessons can we learn here?

Well, there you have it folks, a tough day for a mechanic. YIKES! Don’t forget to follow me on Facebook and Twitter. I prefer twitter, but I am on both a fair amount. I wish that FB would fix their mobile interface.

If you want me to stop complaining about fixing cars, click one of the share buttons below. That will show me 😉

Recap of Service Express, the oil change was not perfect, but a great teachable moment

How To Get The Most From Your Auto Mechanic
11 replies