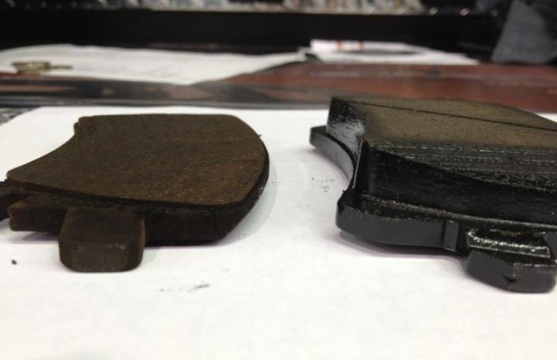 Today we will wrap up the 2 part post about scams! I really want to thank AskMen.com for making the post on their “Top 10 Mechanic Scams“. If you missed 10-5 check them out at Mechanic Scams Confirmed and Debunked

“You might think you know whether or not your air conditioning is fully functional, but the mechanic disagrees. “You’re only blowing X degrees,” he says, which stirs potentially unsettling mental images. Then he offers to recharge the system’s refrigerant, which is something most of us won’t touch on our own. So where’s the scam? If you’re not noticing any defects or diminished cooling ability, you’re probably just being asked to address an inconvenience before it ever happens. Again, not a car-killer, but it’s an issue of spending too much too soon.”

This is a tricky one. The say the word “unneeded”, and of course that means you don’t need it. There are some advantages to getting your a/c system serviced. When I do an a/c system service, I remove all the refrigerant, most of the oil, vacuum the system, then recharge it to the proper level.

Much like with coolant, refrigerant holds contaminants. Removing all of the refirgerent, will remove most of the contaminating debris from the system. Applying vacuum will boil off any moisture in the system. Then when charging it, you know your are putting in the proper amount. This can make an a/c system last longer, but keeping it clean and dry. ~Free Tip~ this works the same for your home’s a/c system. I learned that the hard way to the tune of $2500.

“Sooner or later, you’ll need to replace your car’s shocks or struts. The mechanic scam here is when “sooner” is pushed too hard. Do a little pushing of your own. The old bounce test on your bumper in many cases is still a reliable way to tell if your shocks or struts are really bad, but also pay close attention while driving. If the car is like a bobblehead doll after hitting bumps, pitches and rolls in slow corners or is noticeably unable to quietly absorb all but the slightest imperfections, then it’s time.”

I pretty much agree with them here and I am not sure this really applies to modern cars. I hardly ever replace shocks or struts. I will say that having the bushings checked is really important. They tend to wear out faster than the shocks. Not really much more I can add than that, great job on this one.

“Here’s a mechanic scam with ties to the engine and transmission treatments mentioned elsewhere. Again, it’s all about removing contaminants and restoring efficiency and performance, like finding “hidden” horsepower. And like the others, it’s to be taken with a massive grain of salt — probably best avoided altogether. Name-brand gasoline usually contains enough additives to keep typical engines free of serious buildup under normal conditions. If you do want periodic help, skip the expensive service and add a bottle of name-brand treatment to your tank, such as Techron.”

I have seen this go both ways. To me much of these services depend on the end goal. If you are trying to remove carbon on the back of the valves, a good fuel injection service just might do the trick. If you are trying to unlock “hidden horsepower”, you are wasting your money. I have done this on several cars and it has worked great. I have seen it not do anything before. Using the right type and good quality fuel can help with some of this. Also a “spirited drive” can blow the junk out. I wrote a post about best way to drive a car that goes into more detail.

“The mechanic’s not lying: You do need fully functional brakes, and the pads and rotors aren’t at their peak thickness levels. But think about it. Technically, “peak thickness” only exists upon installation; everything after that is compromised. So, don’t ignore your brake system by any means, but also be aware of what does and doesn’t happen when you use them. If there’s truly a legitimate issue, address it. If not, don’t get taken by this mechanic scam and spend money prematurely”

There is that word again, “Premature”. I have a asking that I use, mostly when talking about timing belts, but it applies here too, “better 5,000 miles early than 1 mile too late”. Sure you can run your brakes down to the last 0.5mm of pad, but should you? Nope, you should not. Brakes produce a lot of heat, a pad that thin can not dissipate heat properly. This can affect stopping distance for sure. Not only that, it can warp the rotor causing a vibration.

There is also a cost saving, replacing brakes when the rotors can be resurfaced will cost about $280 at my dealer.(don’t hold me to that, its just an estimate). Replacing the pads and rotors will cost $470, due to the extra cost of buying rotors. So is getting another 1,000 miles worth risking the price almost doubling? I would so no.

Well, I really want to think AskMen.com for writing that article, be sure to check their site out, its has some cool stuff for guys and gals. What did you guys think of this format? I might do something similar in the future,there are no shortage of “scams” out there right!

Remember that I am still taking questions for another rapid fire Q&A. Just contact me with your question. If you know of any scams, post them up in the comments, lets get it rolling!.

Does My Car Really Need This Service ~ Cabin Air Filter