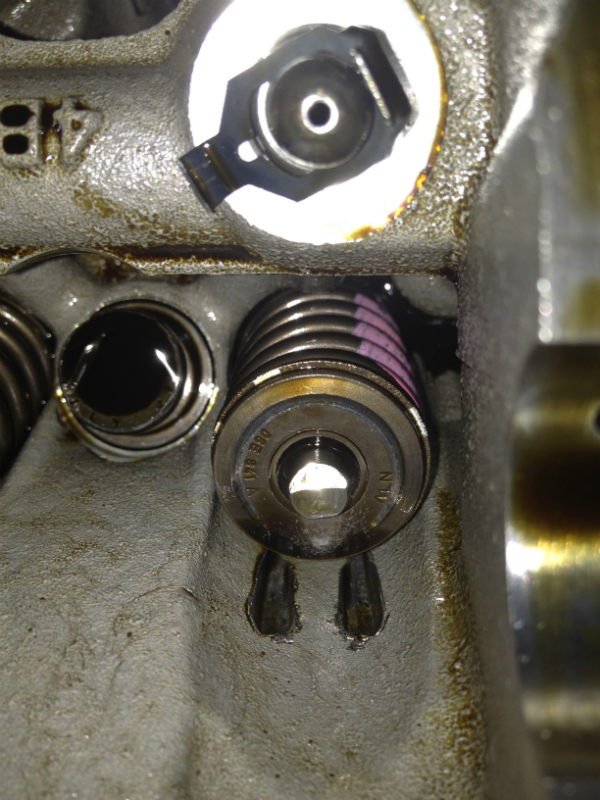 This car came in one day last week.  The customers complaint was “My car is making a ticking noise”.  The noise was strange, it was loud when I was standing right a the engine, but when I walked about 10 feet back, it was super loud.

Complaints like this can be really tricky. On the one hand, some engines are just louder than others, on the other, I can’t just say there is nothing wrong. Also, there are a lot of factors that play into engine noise.

I spent about 20 minutes listening to the engine with a “stethoscope”(in quotes because mine is missing so I use a long screwdriver). I narrowed it down to the valve train, the upper end of the engine. Since the VW 2.0t TFSI engine is kinda strange, the initial diagnosis was pretty easy. Removing a valve allowed access to check part of the valve train.

It turns out that the lobe on the intake cam was worn funny. Further inspection revealed more damage.Two of the rockers had floated off the valves(if your not totally sure what that means, don’t worry just know its bad.)

Now that I know what was wrong, it was time to find out why. I checked the faults stored in the engine 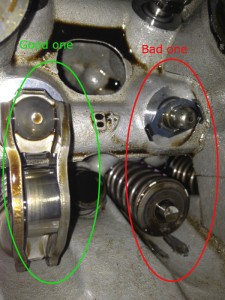 computer. The check engine light was not on, but the ECM(engine control module) still had information stored. The fault stored was for “Engine over-reving”.  That means, at some point, the engine was spinning too fast. That can cause the type of damage that I found.  The ECM has fail safes built in to prevent this from happening. The ONLY explanation is the guy missed a gear on a down shift. That would mean that he shifted from 6th gear to 3rd gear, or something like that. The engine revved to 8400RPM. Thats about 20% too fast. The ECM has no way to prevent this from happening.

What do you guys think, should he fix it? Trade it in on a new car? I would LOVE to hear what you think.

What Happens When a TDI Is Filled With GAS!