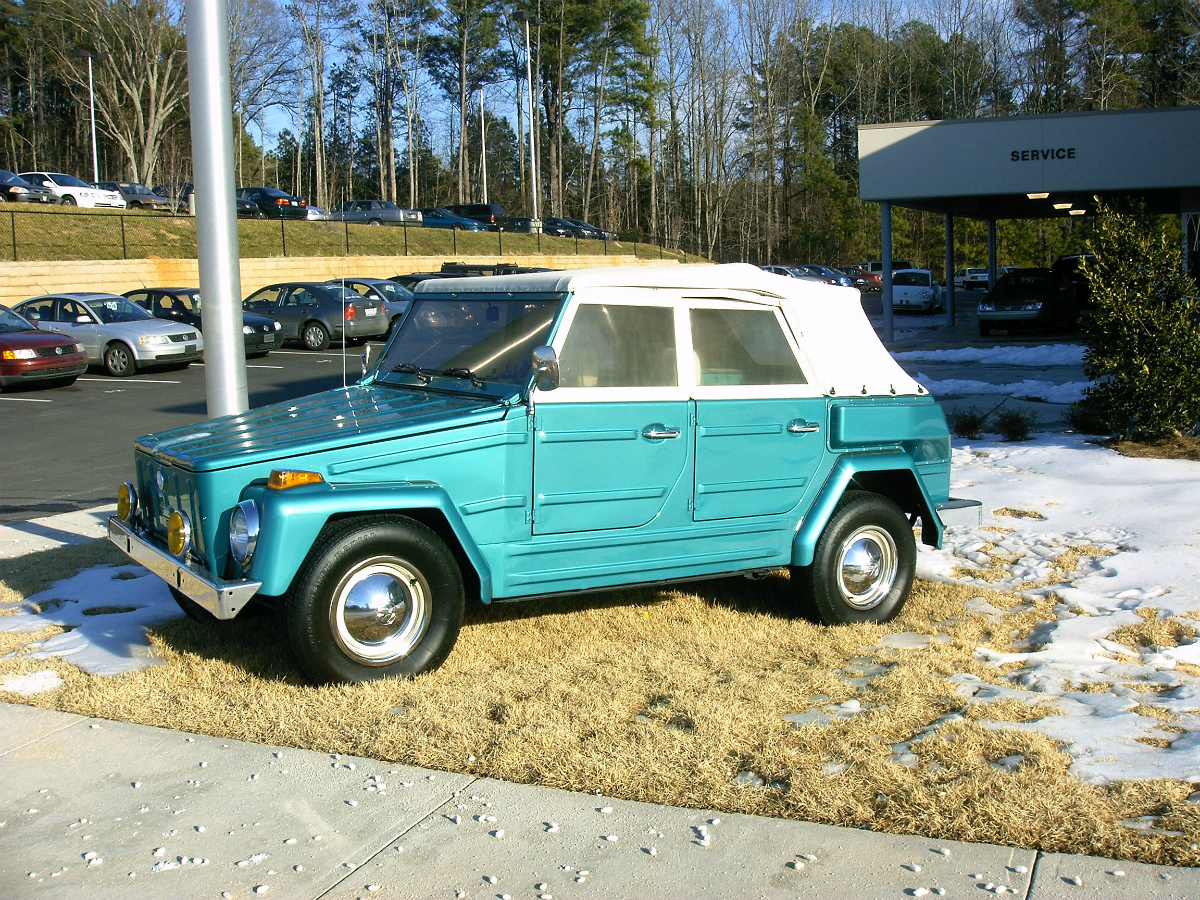 Since it was 8 years ago today, I thought I would tell the story about packing up and moving to work for Volkswagen.

In 2003 I started with the Volkswagen academy. This was a full time, 11 week training program for mechanics. Before I started, I was told I would have a 50% chance of staying in the area I lived in. I figured that I would take those odds, there are tons of dealers around the area. The worst I figured I would have to move across town. The Chicagoland area is huge, it shouldn’t be a problem right?

Well, the very first day, the very first thing the instructor says is, “If you plan on working in the area, there is the door. You have NO chance of working in this area”. Not much of a 50% chance is it? I decided to stick with it(obviously). I had lived in the same area for my entire life, so this was a huge thing for me.

I think it was about a week before the training was over, when I landed my very first interview. I actually called all 3 dealers in the area I wanted to move. The 1st guy told me to come down when I was done training. The 2nd call I made, the service manager and I hit it off and told me he would make arrangements come down and interview. I also made another call to the 3rd dealer in the area. This jerk wouldn’t even talk to me.

The service manager flew me down on a Friday morning. I remember it pretty well because it was like -14 air temp. My Mitsubishi hated being driven in the cold. I got off the plane to a beautiful 60 degree day in the south! Looking back, I might have moved anyway. 😉 I met up withe the service manager and shop foreman. We went back to the shop, checked the place out and then grabbed some lunch. The interview was pretty casual. It was more of a “lets make sure he is not a total jackass” meeting.

I was offered the job that day. Next up was the phone call I had to make to my wife. Her and I both had lived in IL our whole lives. I had to call her and tell her that next week we were packing up and moving 5 states away. Lucky for me, she was 100% on board. I think the change of scenery was a good thing for both of us.

While I had some time before my flight, the shuttle driver took me to a few places to find an apartment. With the apartment secured, I hopped scooted back to the airport and flew home. All and all is was a super awesome, busy, stressful day.

The next week was full of training for me. My wife quite a job that she had for over 10 years. We had so many loose ends to tie up, I don’t really remember much. I do remember that we had to rent a moving truck and trailer. The day before we left, it was a Saturday, we started to load up our little apartment in IL.  I also remember taking my grandma’s car to Carmax to sell it. Some friends took us out to dinner to say some very heartfelt goodbyes. To this day, I miss every single one of them.

Sunday morning some of our family came over to help us pack and load up the truck. Our plans were to leave around 5pm, drive straight through and roll in around noon. WELLLLL, it turns out, a fully loaded moving truck with a trailer will only go about 65mph. Plus driving through IN with snow and the wind blowing makes for an awful drive. I think that we all stopped in Kentucky for a few hours of sleep. My first drive though the Appalachian Mountains was AWEFUL! Little sleep, big moving truck with a trailer, in a place I had never been.

We rolled into town about 11pm Monday night. It was too late to get the keys to the apartment. Now we had to find a hotel to stay the night in. This was in 2004, well before everyone had a smart phone or a GPS in their car. We got the room and totally crashed out. The next morning, I had to take my buddy, who is awesome and helped so much, back to the airport. I was really sad to see him fly back to IL.

I went back, picked up the wife and headed to the apartment. We got the keys and we were home! Well, the apartment had not been cleaned, so it was super nasty. Never the less, we busted butt and got the whole truck unloaded in just a few hours. By the time we were done, all I wanted to do was take a nice hot shower, plug the TV in and chill. As (my) luck would have it, NO HOT WATER!!! It took a few more hours to get them to come and fix the water.

I didn’t have to report to work for another week. That gave me time to go to Sears and pick up my new tool box. We spent the next few days cleaning that nasty apartment. I still don’t think I ever touched that floor with my bare feet. It was really that gross. Boy was I glad for the day we moved out of that apartment.

Well, I know that we didn’t really talk cars today. But this time of year is really a time where I think back about how my life has changed over the past 8 years. 10 years ago, I would never have thought I would be working on cars, living in NC, and even crazier, writing about it. I hope you guys enjoyed this post. Tomorrow we will be back to talking about cars, I promise. 😉

Behind the Wrench, Mechanic Interview with Bill Foster

Crazy Automotive Concerns, You Can Not Make This Up Round 2

How I Would Start As a Mechanic Today, Podcast Episode 27

A Quick update about banner ads and sponsorship