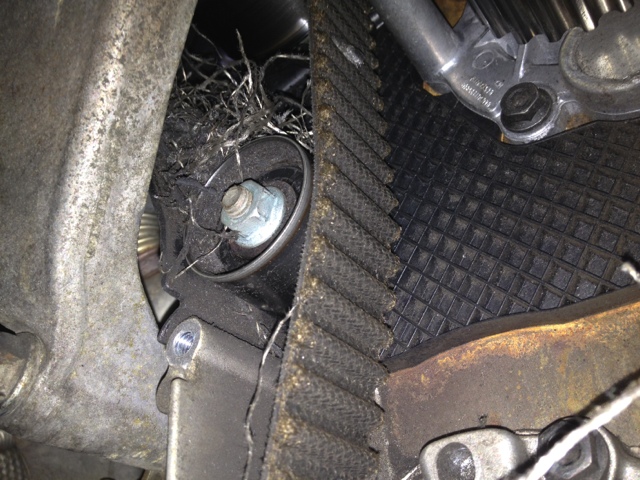 Hey folks! It is that time of the week again. I got a few good picturs for you guys today. By the time you are reading this, I will be on my way to VW technician training. ~enjoy 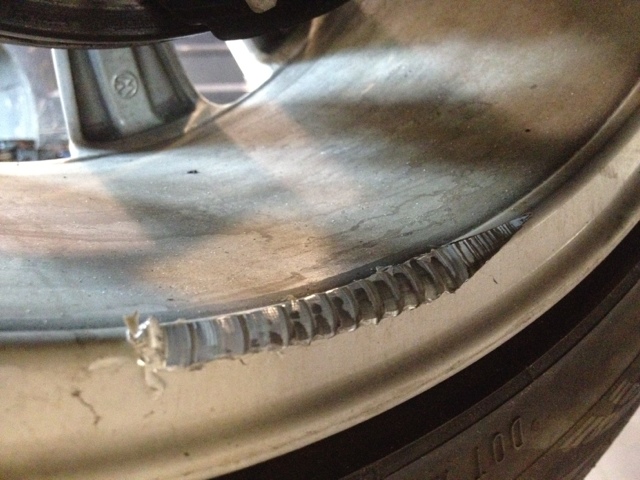 If you check out last weeks “Shop Shots” you will see a video of a CC with a messed up suspension. Listen hard and you will hear a noise that sounds like a whale. What you are hearing is the lower part of the front suspension hitting the rim. Here is the damage to the rim. The mechanic working on the car fixed the initial damage, estimate of ~$2400. Then found that there was more damage. The steering rack and more of the right side suspension needs to be replaced. The estimate is now just shy of $5000. Sad to see that type of damage on a car with only 950 miles. DANG! 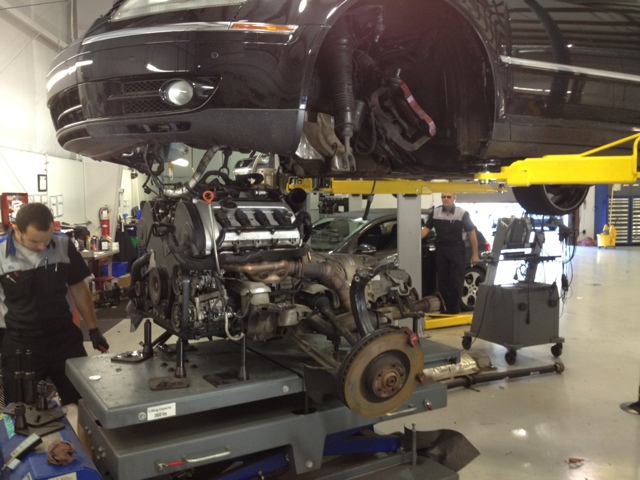 Thankfully this is not me in the picture. It came from our sister store across town. Here is what happens when an engine repair needs to be performed on a VW Touareg. The engine and transmission are unbolted from the car. The table that it is sitting on is acutally a lift table. You can see the pins on the table holding the engine up. They are strategically placed to fit the engine carrier. The picture doesn’t really capture the scale of the engine and transmission. The table is about 8ft long, and about 3ft wide. The brakes hang over just over a foot on each side. As scary as it looks, doing engine repairs a table like this is really easy. It’s just a lot of work to get to this point.

Well after about an hour of checking, the car would not start at all. I was getting a faults in the engine computer saying the car was not timed properly. I checked and found that the camshaft and the crankshaft were not lined up properly. It turns out that the wad of serpentine belt shifted the tension of the timing belt. That caused the engine to be out of time. I installed a new belt, retimed the engine, and BAM, it fired right up. There was no permanent damage done to the car. The customer was almost due for his second timing belt replacement, so it was money that he would have paid either way. I was mad that I was wrong, but the car is running and the customer was really happy. It all worked out in the end. 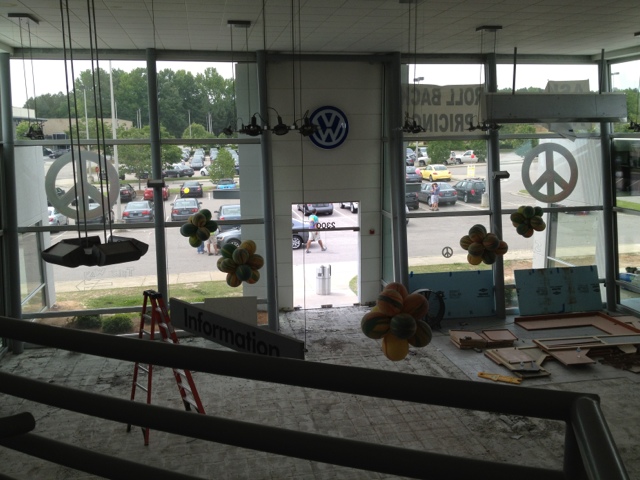 I may have mentioned that my dealer is doing a remodel. We are adding on 2 new sections to the showroom. They are also changing to a new setup. Everyone is calling the “White Box”. I have seen pictures of other dealers. It has a similar feel to an Apple Store. I snuck up stairs and took a picture for you guys. Right now, it is just a lot of banging as they remove all the tile. I will keep the updates coming. I am really excited for the remodel. The building has looked the same for about 9 years. It was time for a facelift.

Well, that about raps it up. As I said I will be in training the rest of the week. Do you guys have anything you want me to ask while I am there? Something about the future of VW? I will do my best to find out. Ok, time to hit the road. I95 here I come.

Please consider sharing Shop Shots. All you need to do is click one of the pictures below.