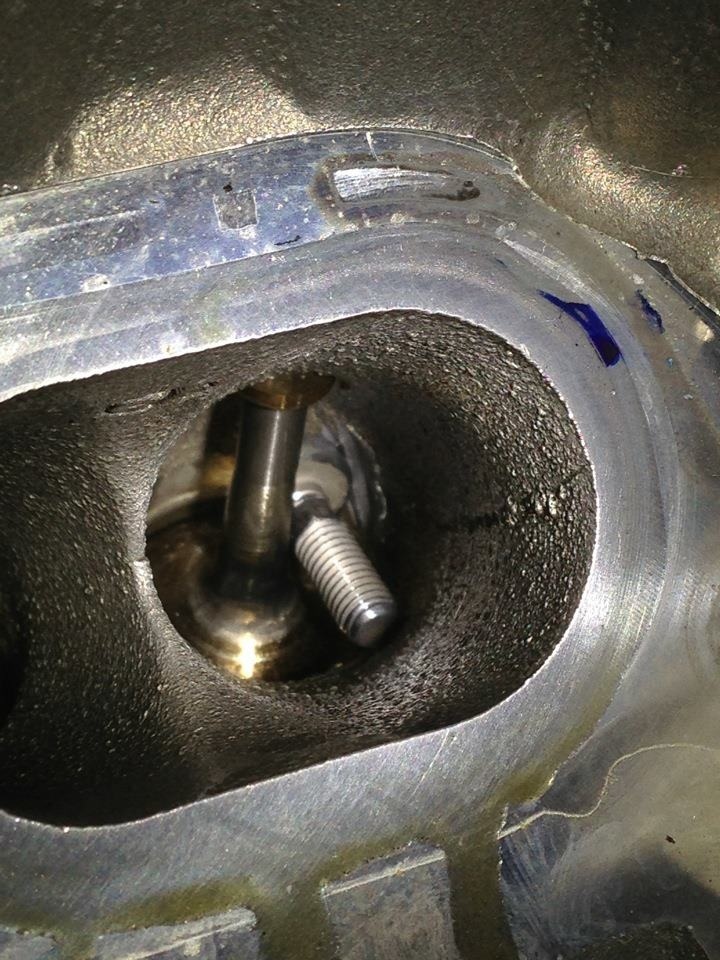 Hi everyone. It’s Wednesday so we are rocking and rolling on some Shop Shots. I am also running a little behind to day. I have spent the day hanging a TV over our fireplace. Something that should be fairly simple, but running the wires was kind of a pain. All right, let’s dive in to this weeks automotive pictures.

This one comes from a fellow VW tech. I don’t recall what car it came from. This is a picture of a bolt jammed into an intake valve. If you think that it looks really clean you would be right. This car only had about 150 miles on it. I didn’t get the entire story on how this came about. But really, a freaking bolt laying in the engine? How does that even happen? 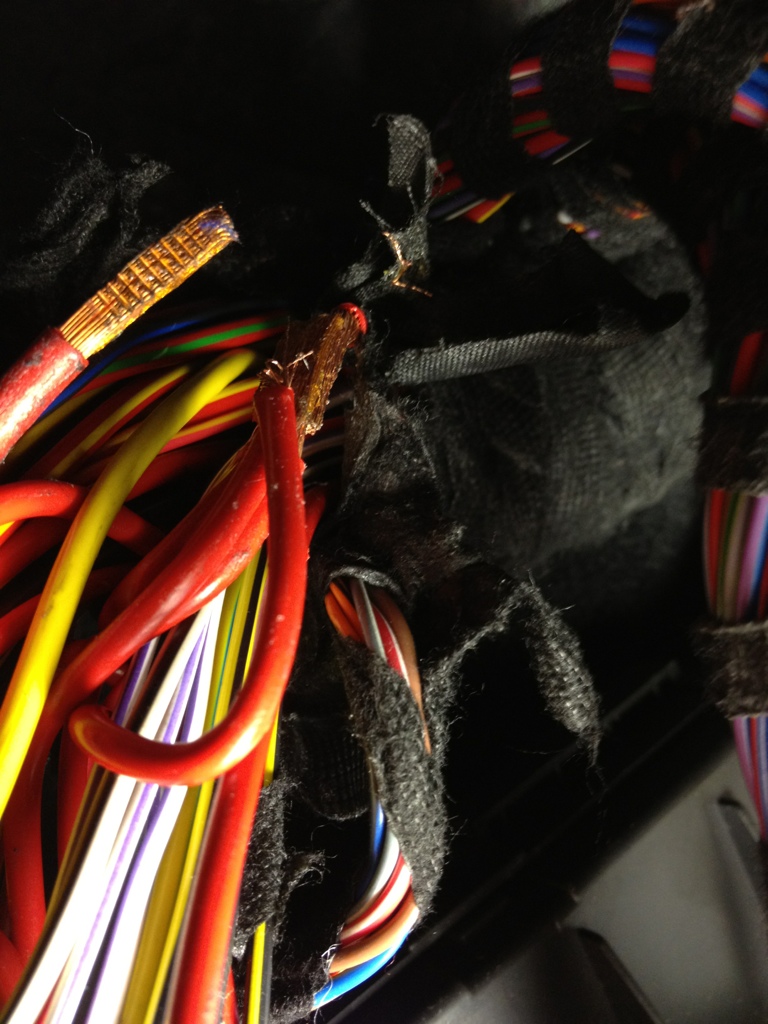 This pictures might be a little tricky to see. This car came in for an intermittent no start. The first time around we put a battery in the car. At that time it would start every time. This time it got towed in and would not start. Not only would it not start, but it was totally dead. We even tried t jump start it, and it was still dead.

The mechanic working on the car just happened to smack the fuse block. When he did that, the car switched on. We pulled the fuse block out trying to find the the loose connection. It got to the point where we could get the car to switch off, but could not find the wire. Finally I pealed back the tape in the wiring harness. I gave the big red wire a slight tug and pulled this big wire from the loom(focus on the top left of the pic). A few crimps and the car is good to go. We really got lucky finding that issue. It could have been one of those stories that went the wrong way for a long time. 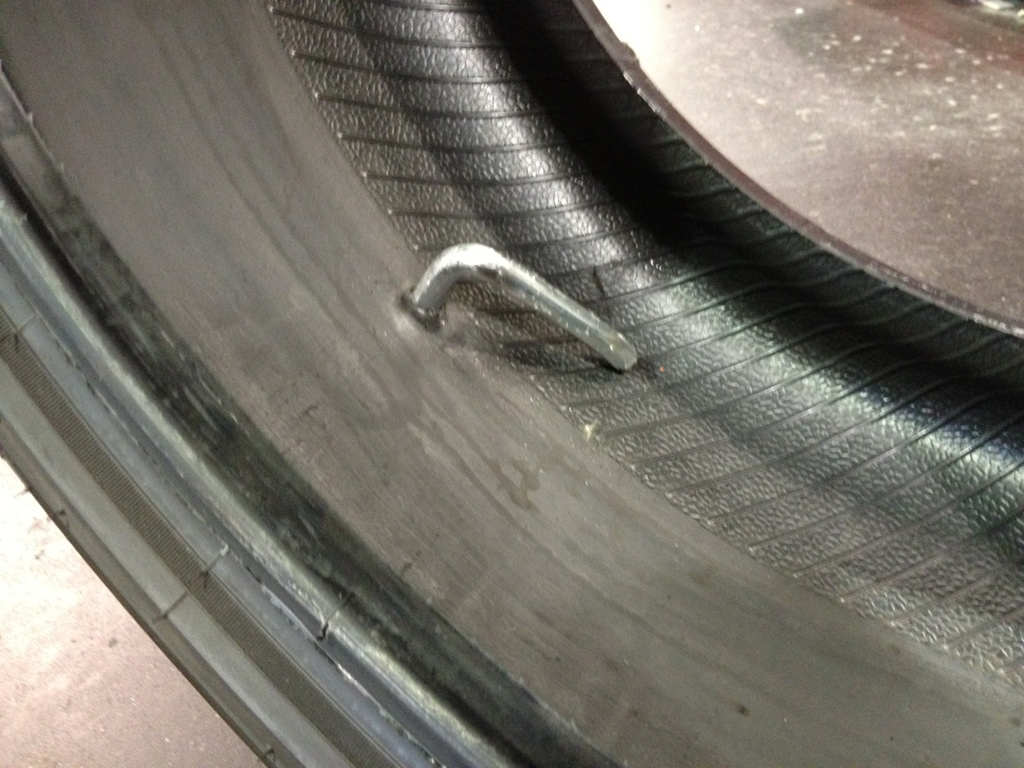 For some reason this week has been full of weird tire issues. This is a bent piece of steal jammed through a tire. I have never seen a metal rod this size stuck in a tire. It was a little bigger around than a Sharpie marker.

We could not tell if the rod was bent before going into the tire, or because it was in the tire. There were not any witness markings on the rim. This is not a tire that we felt comfortable repairing. We just replaced it. It is funny to see a shop full of techs that have lots of years experience stand around and say, “Wow I have never seen that before”.

The other one I posted to the Facebook page yesterday. Swing by and check it out. 😛 That wraps up this weeks volume of Shop Shots. I am thinking of doing something cool for Volume 40. Throw me some ideas. A recap, best of the best, giveaway? What do you guys got? Post it in the comments, and let’s make #40 awesomer than normal.

How To Replace Headlight Wiring

Recap From Dubs For A Cause