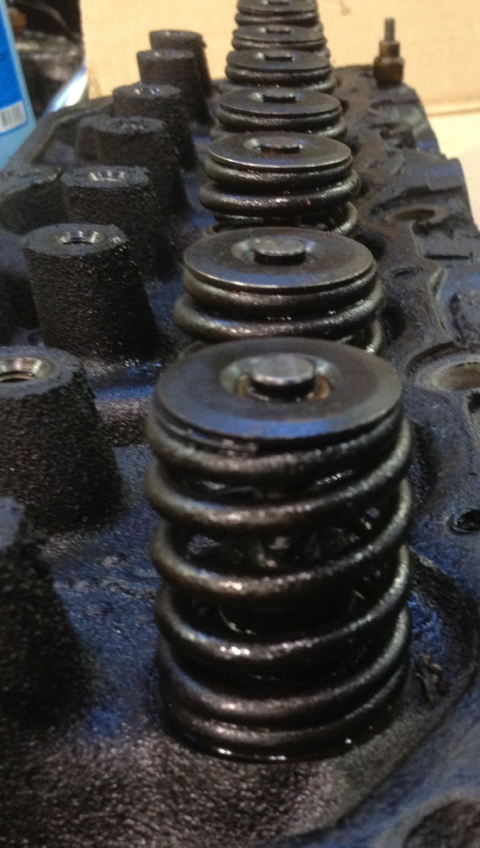 On Sunday I was doing some Google searching, trying to fine tune the site so folks can find it. Which reminds me, THANK YOU to everyone who has shared this site. I really appreciate it. Our little community is growing and I am excited for the future! Ok~ A.D.D. moment over.~

I came across an article called “Top10 Mechanic Scams” on AskMen.com. What kind of mechanic would I be if I didn’t read that? It turns out, they are dead on for some of them, and WAY off on others. The ones they got wrong, come from not being in the industry. It is a common issue I find with professional writers. I really respect what they do, and most are really awesome, but I usually feel like they miss the mark. That only comes from reporting, the industry, not living it.

I plan on breaking this up in to two posts. Lets tackle the first 5, or would that be the last 5? The part in quotes comes from the original post. My thoughts are under that.

“In your father’s day, spark plugs had the lifespan of a housefly compared to their modern counterparts. Open your owner’s manual to see for yourself and you might discover that you drive a car with 100,000-mile spark plug replacement intervals. Even if that’s really only feasible under the most gentle of operating conditions, you see our point: Don’t get talked into premature replacement unless there’s a legitimate need to address a drivability issue. Then, ask to see the culprits. Plugs often have telltale visual signs when something’s amuck.”

I mostly agree with this one. If there is a replacement interval be sure to replace them. I would not wait much longer. If you do have a drivabilty issue, most mechanics will tell you to do the maintenance before making a repair! The problem is now you have to pay diagnostic charged.

“This mechanic scam often comes up at oil-change joints, but it’s also at some repair shops and they’re on store shelves too. The pitch is that by adding just a little of the product to the oil, the engine will run like new. Between our own testing and the expertise of some techs, results are mixed. They may not necessarily harm your engine, but the benefits, if any, seem minimal and temporary at best. If the idea is to quiet noisy lifters, for example, you may have bigger issues not to be ignored.”

This one I am part of the “mixed” crowd they are talking about. If they are referring to the can you add when changing the oil, then I think they might be right. That being said, I add a can with ever oil change I do on my car. There is a brand called Lucas that I have used and it works really great to quite down lifter noise. I would say though that most of the things you see at Walmart is junk. If they are referring to an actual engine treatment done by professionals. I totally disagree. There have been some issues with 1.8t Passats. The oil can sludge if not properly maintained. We have a chemical treatment that we do to the engine that works wonders. The treatment, along with some hand cleaning, can take a noisy engine and make it sound great in a few hours.

No.8 Unnecessary upgrade to synthetic oil

“Whatever your opinion on the last mechanic scam, you can’t discount the benefits of the original engine treatment: regular oil and filter changes. When done as recommended by your car’s manufacturer, you’ll probably avoid needing miracle cures altogether. Just don’t get scammed with an unneeded upgrade to synthetic oil. Although synthetic definitely won’t harm your engine, there’s no point in using it in the 200,000-mile car you’re going to replace soon either. Finally, while most of us will benefit from using the more expensive stuff, don’t let them gouge you on the cost.”

I totally 100% agree. If you have seen any of the interviews I have done in Behind The Wrench, you can see that every mechanic agrees! The one thing I will add is that the price of regular oil and synthetic oil is not that much. In fact, at my dealer synthetic is cheaper. We buy synthetic in such huge amounts, that we can sell it a little cheaper than regular. Just make sure you are using the correct oil.

“Here’s another scam seen frequently at the McOil Change places. The mechanic has grim news to report: It’s your air filter, and it doesn’t look good. Maybe the cabin filter too, and that’s important to maintain healthy air inside the car. Right. A guy looking like Kid Rock with missing teeth and cigarette breath is lecturing about health. Anyway, the good news is he can replace both right away. Ask to see them first. If you can’t see daylight through them or they’re obviously dirty, only then do you consider proceeding.”

You can ALWAYS ask to see the filter. If they refuse to show you, then take your car somewhere else. I think this is something that most people can do themselves. I recommend replacing your cabin pollen filter at least once a year. It can grow bacteria, and make your car smell nasty. Also, if you live in the southern US, we get horrible pollen, no need to keep breathing that stuff.

“Tranny servicing isn’t just a section on Craigslist, it’s something you’ll need to explore on your car. It’s also a source of mechanic scams. For too many people, too little attention is paid to the transmission. Beyond when to put it in park, reverse or drive, no conscious thought is given until there’s a malfunction. So, avoid pour-in services claiming to calm fears and extend service life, as they’re not a lot different from the engine treatments we addressed earlier. For most drivers, sticking to fluid and filter changes at recommended intervals is the best practice.”

I think they said it best. The good thing about working for VW is, you can’t just add stuff to the transmission. I guess when it comes to these types of treatments, there is really no such thing as a “mechanic in a can”.

“The idea of a cooling-system flush itself isn’t truly a mechanic scam, but selling it prematurely is in many cases. Let’s say your coolant tests in the acceptable performance range, but you’re at the manufacturer’s recommended change interval. While you could just have the drain and refill done, a little extra time and money can buy a full cooling-system flush. Why not splurge on this car colonic? Unless the manufacturer recommends it or the existing coolant is seriously ineffective or contaminated, it’s just flushing money away.”

Ok, this is where we start to have different opinions. They said do not do the coolant flush “prematurely”. To me that means before it’s needed. Well, isn’t that EXACTLY what preventative maintenance is? Don’t you want to remove the contaminants before they cause damage? Now if premature means at 10,000 miles, yeah, that is not needed.

In fact this is where I differ from the manufacturer too. Some cars say they are a “life time” fluid. Well call me crazy, but how is that possible? All fluids in your car have 3 major functions,

What do you guys think? Be sure to read the whole post on Askmen.com. Come back tomorrow and we will talk about the rest of the scams. Do you have a scam you want to ask about? Post it in the comments below, I like confirm/debunk stuff! Also, be sure to signup for email updates, you will get updates before anyone else!

What Does It Mean To Be An Auto Mechanic

Does My Car Really Need This Service ~ Serpentine Belt
4 replies