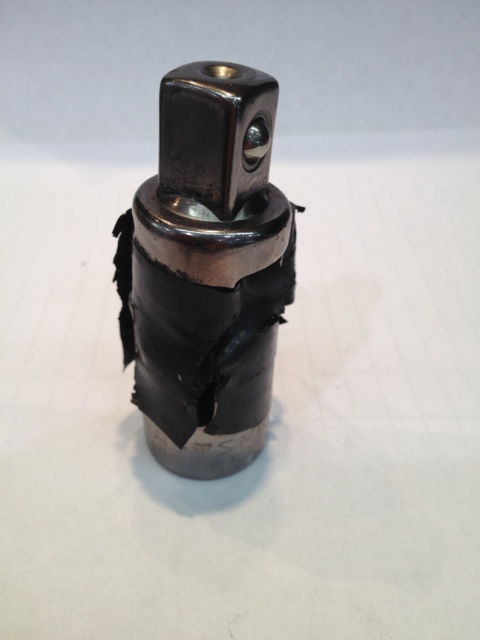 When I first started with VW,my instructor said “VW makes cars to support their special tool department”. The funny thing his, he was pretty much right. We have over $300,000 worth of tools designed especially for fixing Volkswagens. I have shown you guys pictures of some of the basic mechanic’s tools that I have. I made mention of buying cheaper tools to make custom tools. In the comments of that post, Brett said, ” I’m interested in what you would modify tools for and how you go about doing it”. I think that is a great idea Brett! 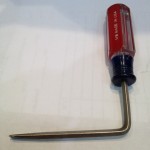 Cost
Tools are REALLY expensive, often buying a special tool from VW or a top tier company is just out of budget. Paying $100+ of a tool you will use once is crazy(but sometimes necessary). Take the screwdriver on the right. VW has a very similar tool for removing steering wheel airbags. From VW the tool is about $100. I made this one for about $6. By clamping it in a vise, and heating it up, I bent it to about a 90degree angle. Then I had to bend the very edge to mirror the VW tool. 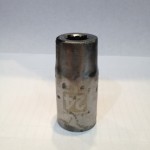 In a shop full of guys, would you believe that tools don’t get put away? Crazy right. Not only that, but tools get lost, get broken, or we never get them. I was replacing an oil pressure switch on a new Touareg. VW had a special tool for the job, but I could not find it. I was not sure if it was lost, or we never got it. To be fair, it did not matter. The issue was the sensor was pretty big (24mm) but the channel to work through was about 22mm. I could have removed more parts, to gain access, but I didn’t really want to do that. I had to cut about half an inch off of the socket. Then grind down the other end to have it fit in the channel. I spent about 1 hour making this special socket, but now I have it for next time.(that job stunk, I don’t want there to be a next time.)

Special fitment
This is most likely the most common reason to modify tools.When tool 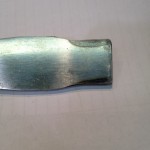 makers build tools, they do not have the specific fastener in mind. When Snap-On made this scraper, they didn’t know that it would not fit around the mounting surface of an oil pan. A few minutes of grinding, and bingo, a perfect fit. This is one of the very few top tier tools I have modified. Generally I would not do this, but it works GREAT! I do have several screw drivers that I have trimmed down to fit exactly what I need.

Fine tune
This can be similar to special fitment. Doing things like adding a magnet to the inside of a socket, adding some tape around a swivel, or taping the edge of a socket can really be a life saver. I wrap the socket that I use to remove wheels in electrical tape. This will prevent nicking or scratching a $400 alloy wheel. I also wrap some of my swivels in electrical tape. It makes the swivel a little more rigid.

When it comes to actually making the tools, a grinder and a cut off wheels are your best friend. It usually takes some trial and error, but it is worth it. Having a wrench that will allow you to do a job faster, because you don’t have to remove a certain bracket is vital to a mechanics success! Here are some more pics of the tools I have made over the years.
[slickr-flickr tag=”specialtools” items=”13″]

If you enjoyed this post, consider sharing it, buy clicking one of the buttons below!

Tips on Buying a Used Car, and The Hunt for a Project Volkswagen

Doing Right By Your Customers Is Never Wrong

Volkswagen Mechanic Training, Staying At The Top of Technology
6 replies

Tips on Buying a Used Car, and The Hunt for a Project Volkswagen
Scroll to top