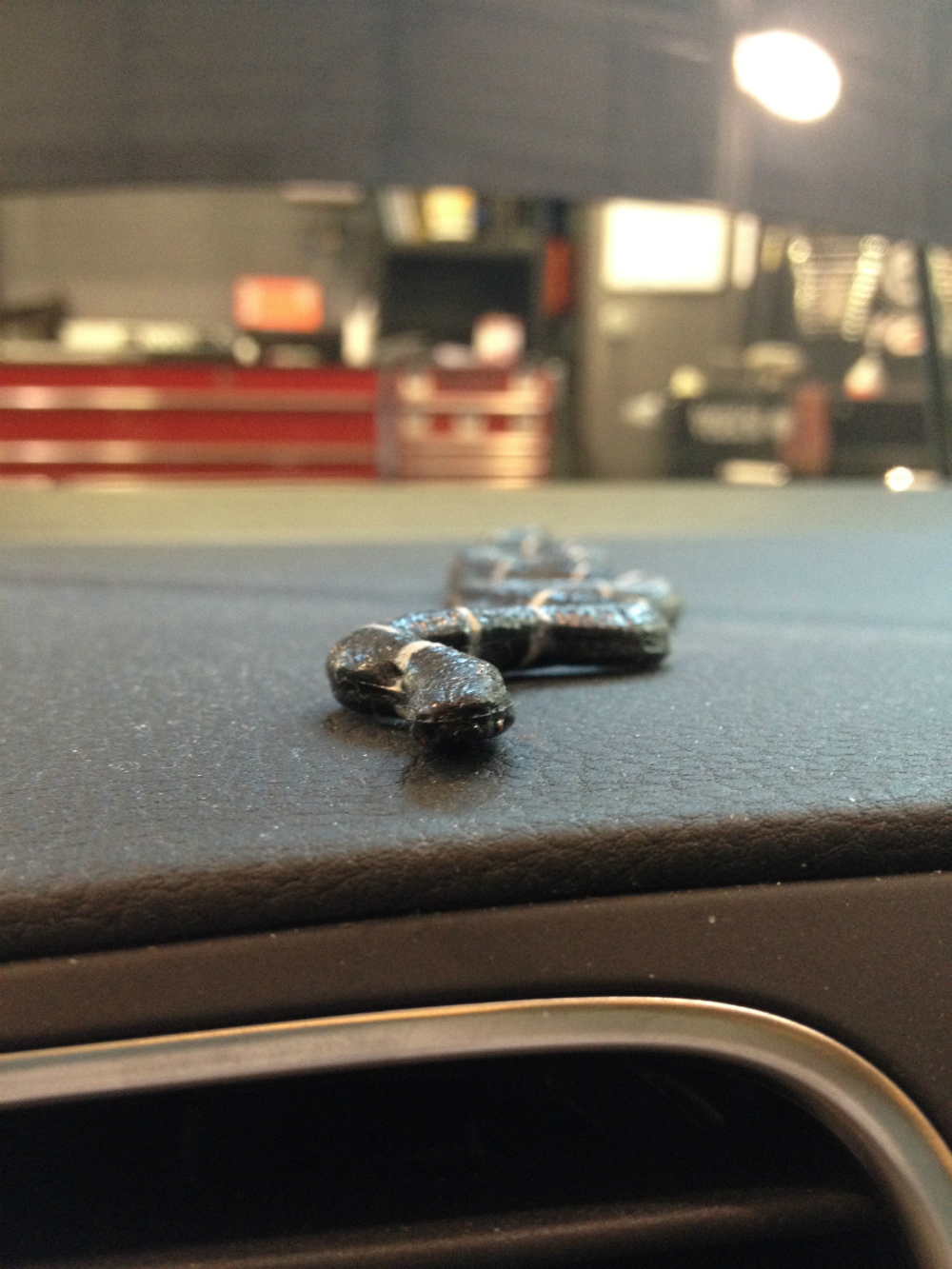 Due to the launch of the Forum yesterday, and some other things going on, I feel like I left you guys with out a really good post yesterday! So to make it up, I am doubling up on the “Shop Shots” today! 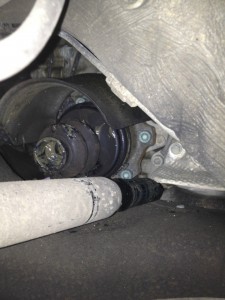 This is a picture of a V6 Passat axle. The axle is what connects the transmission to the wheels. Without axles, the car will not go. The picture is an inner joint. Somehow, it came apart. It’s acutally not something that happens all that much. I think that I have seen just a couple over the years. 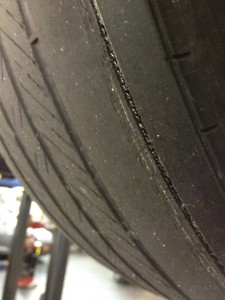 While we are on the drivetrain, this is a close up picture of a tire that I took. I was standing under the car, which makes this the left rear tire.?. Tires are much more than just round and black. The technology is pretty amazing. Before I start going on and on about speed ratings, temp ratings, performance(sorry, I started) 😉 well lets just say they are rubber compounds, with steal imbedded in it. When the tire wear down far enough, you can actually see the metal cords. The line in the picture is where the tread(parts that makes contact with the road) meets the sidewall (where the words are written) I know that I left out so much info on tires, or tyres if its a VW, but I will save that for another post! 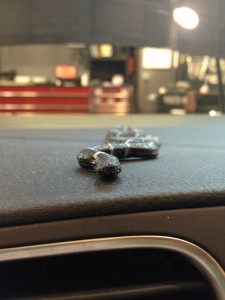 This little guys was sitting on the dash of a 2012 Golf. When I got in the car, I totally didn’t see him. I pulled the car around to the back door of the shop. When I seen him, I screamed. I mean, like I screamed out loud. Then I started cracking up because I just screamed at a tiny little snake on the dash of a car. So I took a picture of him. In the back round, you can see my tool box. 🙂 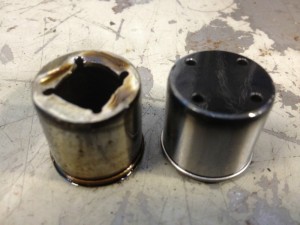 Here is a side by side shot of a VERY common issue on our 2.0T FSI, engine. These are called cam followers. The one on the right is the new and updated part. The one on the left, well, it shouldn’t have a hole in it. The follower is an internal engine part. It rides on the cam shaft and operates the mechanical fuel pump. I guess the issue is too soft of metal. It wears the cam shaft, and the follower. I have also seen these metal chunks clog up oil passages and ruin engines. BTW, replacing engines is not fun! 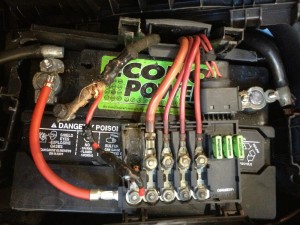 HAHA,(yes I just laughed when the picture came up), This Jetta came in the other day. The service advisor came back and asked my how much it would cost to replace a customers fuse. He said it “Cracked in half”. What had actually happened is the fuse blew. A fuse blows when too much current goes through it. This is the fuse panel on top of the battery. It is the main power junction of the car. The wire that looks weird is the one to the alternator. The fuse blew, and someone just taped a wire to it, instead of ACTUALLY fixing the car. I am not sure who did the job, but holy crap, its kind of a hazard. The customer declined the repair, they said they would “wait and see”? 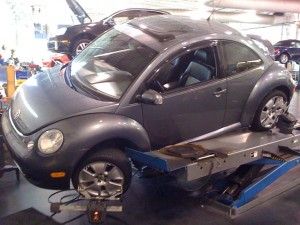 Ok, I have been saving this one for a while. I think it happened a few years ago. I was off work the day this happened. I got a text from one of the boys at work saying a car fell off a lift. I of course asked for a picture! I guess what happened was the guy doing the alignment was moving the wheel back and forth. That is called doing a “sweep”. When we do a sweep, the machine measures the suspension angles. When he did the sweep, the wheel cought the edge and rolled off the rack. He was ok, mad at himself, but ok. To make things even better, the customer was standing right at the window to the shop. That is about 20 feet from the rack. Everyone was ok, the dealer paid to have the customers car fixed, and gave him a car to drive while his was getting repaired. 😀

Well, that pretty much sums it up. I am sorry I missed a good post yesterday! The forum is LIVE and doing awesome. Please come by, sign up and post in the First 50. When we hit 50, I will lock the post and do a drawing for something. Not quite sure what it will be yet, kinda depends on how fast we hit 50 😉

Behind the Wrech with Thomas from APTuning
Scroll to top