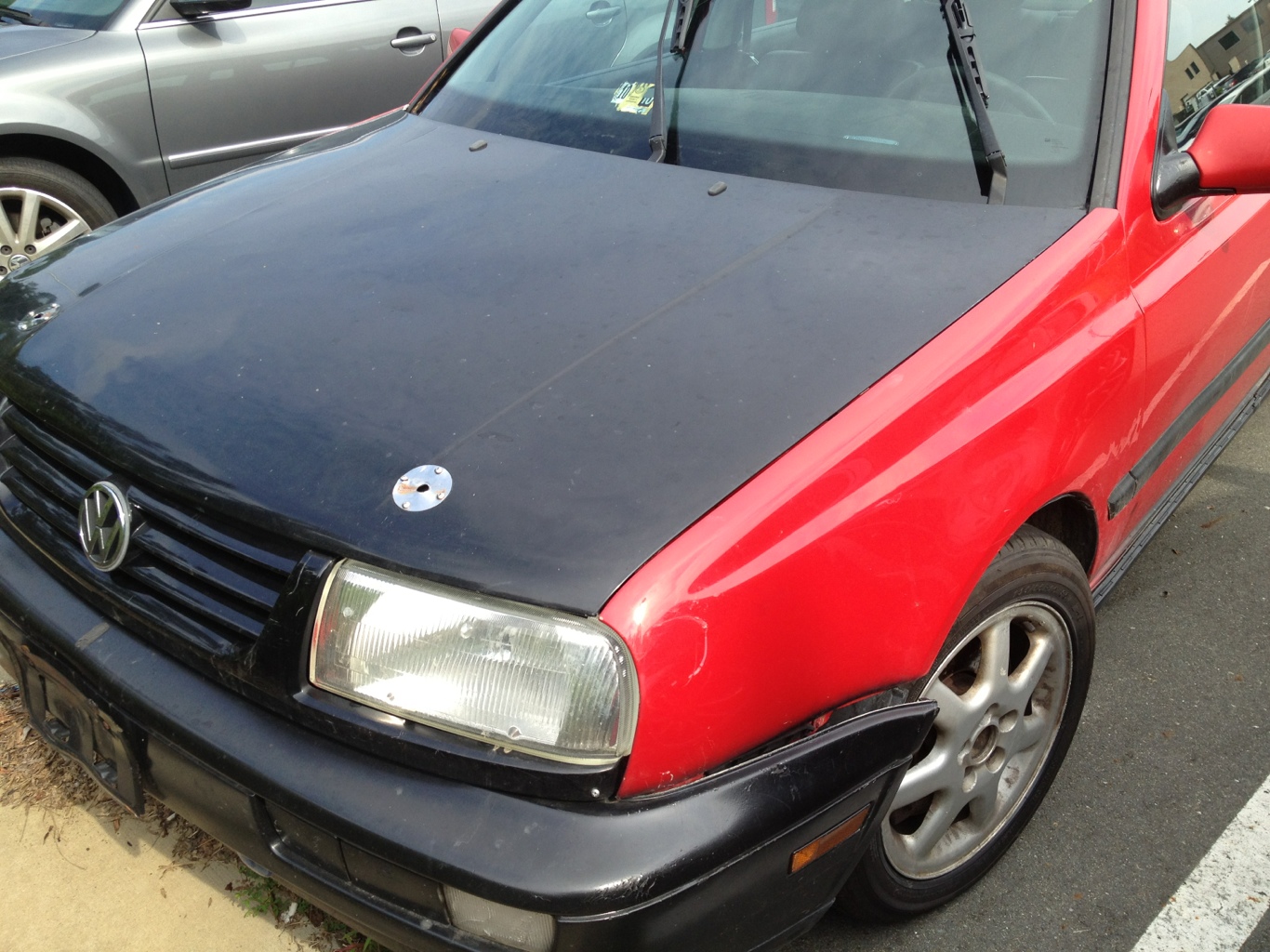 As you all know, I have been working on a 1988 VW Cabriolet called Project Luv A Dub. When you are working with a car that is 25 years old parts can be tough or expensive to come by. So instead of hunting down things part by part, I was looking for a donor car.

I had planned on changing engines in the Cabby from day one. There are endless possibilities when it comes to swapping engine in that model VW. the only limiting factory is how much I want to pay. If budget were no obstacle, I would be putting the 1.4t fsi that is coming in the new hybrid Jetta. Since I am not rich I need a realistic swap. I figured I would just let the universe decide. When the right car came along, I would just use that engine and transmission.

I finally found the car. A 1998 Jetta with a VR6 engine. The add on Craigslist said it needed a head gasket. That is not something very common on any VW. I called the guy and we worked out a time to meet. He said he had another guy coming to look at it, but he would be willing to meet me too. This is were the story gets strange. So bare with me as you hear the tail of the VR~

The seller and I worked out a deal. I would pay him a few bucks more for him to meet me at a VW dealer. I know the service manager at a VW store one town over. We agreed to meet there. The seller called me around noon on Saturday. He told me the other guy was going to give him $300 more than I was, and he would not have to drive to meet the other guy.

This was an obvious attempt to get some more money out of me. Me being the guy I am, plus having watched Shark Tank the night before, I don’t play games like that. I told him to take the other guy’s offer, but call me if it fell through. Would you believe that the other deal fell through? Big shock right? The seller called me back and said that he wanted to sell me the car. Then he started freaking out telling me that I needed to promise to buy his car. A car a had not seen at this point.

I told him I would not do that. If he wanted to meet me he could, just like we agreed. He insisted on me meeting him at his house. Not being an idiot, I told him no, and that I was not interested in the car anymore.

Thinking that the whole thing was done, I get a call from the guy a few hours later. He tells me he will meet me where ever I want, he needs to sell the car. At this point I am not really interested in driving across town. The seller says the car will make it to my dealer and that he will meet me there. You might be shocked, but the car would not make it almost 50 miles with a bad gasket.

He calls me telling me that he will have to have the car towed. Again, I am not really thrilled with the buying this car, but its a pretty good deal. The seller show up an hour later than he said. First thing I notice, it is an AUTOMATIC! I asked the guy several times if it was a manual. So it seems he didn’t know the difference. We have some back and forth, and I tell him I don’t want the car.

At this point, he is begging me to buy it. What a change of events from trying to get more money from me. I tell him that I am only interested in the car for about $500. Surprisingly, he agrees and we make the deal. After some tax drama, and waiting I finally sign the title and the Jetta is now mine.

What a stressful ordeal over a few hundred dollars. My plan with the car is, take the parts I need for the cabby. Then part out the left over good parts. After that happens I will just send the Jetta to the crusher. I hate to see a VW go to the crusher, but it is a fitting end to a Jetta that has seen better days.

This car has some parts that are still good, but overall it is a big pile of crap. HA

Next up, find a transmission for the car. I think I got that locked down. 🙂

Why Didn’t It Come From The Factory That Way?

How To Get The Most From Your Auto Mechanic

What Does It Mean To Be An Auto Mechanic

Behind The Wrench with Joel A, Lamborghini Technician

Parting out my 1998 Volkswagen Jetta MK3
Scroll to top