Today I will be taking your automotive questions. If you have a question about a car, car repair, DIYs on your car, Volkswagen, mechanic’s tools, or anything car related, ask it up. If you have a car question for a show like this, email me Charles(at)Humblemechanic(DOT)com.  Be sure to put the phrase “Question for Charles” in the subject. That is the best way to avoid the spam monster. If you don’t get your question on this show, email it again just to be sure.

Sponsor of the Day

CRP deals in a ton of OE automotive parts. They also make the factory DSG fluid for VW. Having them as a sponsor will give us access to more information about fluids than I would ever get from VW. I am really excited to have them as a resource of information. To learn more about the great products they have, check out CRPAutomotive.com

Join me today as I answer your questions on: 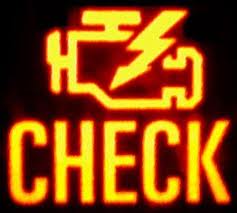 At some point in most VW owners life they will get a check engine light. For about the 4th time in my Passat’s life, the check
engine light came on. I would say that is pretty good for over 140,000 miles. The check engine light can come on for a ton of different reasons. Today I am going to walk you through my diagnostic process for check engine lights. At the start of the video, I did not know what was wrong with the Passat. You get to see exactly the point we find the issues.

Join me today as we discuss:

As always, your questions and comments are welcome. If you have an idea for a show topic, please use the contact me form, or email me Charles(at)humble mechanic(dot)com

Hey everyone. I really have scan tools on the brain today. I know that we have talked about scan tools before, but I want to talk about them again. To say they are important to fixing cars would be the understatement of the year.

The main reason I have been thinking so much about scan tools is, I got a new laptop. You might be thinking “Charles, what does you getting a new laptop have to do with VW scan tools”. Well I picked this laptop up specifically to use as a VW scan tool. I picked up a small netbook from Asus. It is a pretty cool little laptop with a touch screen. I did shop around some, and realized we are at a transition point with laptops. They are trying to combine a tablet and a laptop. Sadly they are doing a so-so job. Just a heads up if you are planning for a new laptop soon.

There are a few reasons I wanted to get back to a laptop based scan tool at work. 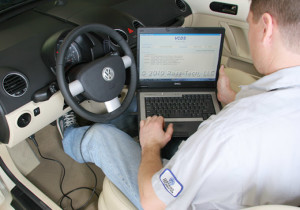 For the past 7 or 8 years, I have been using an aftermarket scan tool software from Ross-Tech called VCDS. It is scan tool software and cable built specifically for Volkswagen-Audi group cars. This software is awesome. It has always been ahead of VW factory software. We can do things with VCDS that would never happen with VW factory scan tools.

A few weeks ago, I had a 2013 Beetle come in with an ABS light. I pulled the codes and found I had a fault for the right rear speed sensor. After using the factory scanner to monitor the wheel speed, I felt like I was getting nowhere. I hooked up VCDS and graphed the readings of each wheel. Every so often, I could see the right rear wheel speed drop by a few mph. I wish I had the screen shot of that. Faster readings, more information, and the ability to see more info at one time, what is not to love.

There are some limitations to VCDS. It may come as a shock that VW has proprietary information. The main thing they keep under wraps is immobilizer information. We still need the factory VW scanner to program keys. I also can’t use VCDS for warranty work. VW has a diagnostic system called Guided Fault Finding GFF. Any car under warranty that requires any scan tool work must be done with GFF. This system runs all faults for the car, and creates a plan for a tech to perform. Sometimes it is great. Other times you spend 30 minutes pressing buttons and getting nowhere.

What can a mechanic do with a scan toolThere are some super cool things I can do with VCDS or the VW scan tool. There is way to much to list, but here are some of the coolest:

I hope this has helped clear up any question you might have about scan tools. There are also tons of aftermarket scan tools from Snap-On, Matco, and others. If you work on Audi or VWs, I recommend VCDS. If you think that $350 is expensive for a scan tool, try buying a $5000 VW scan tool. If you have any questions about VCDS, or automotive scan tools, please post them up in the comments.