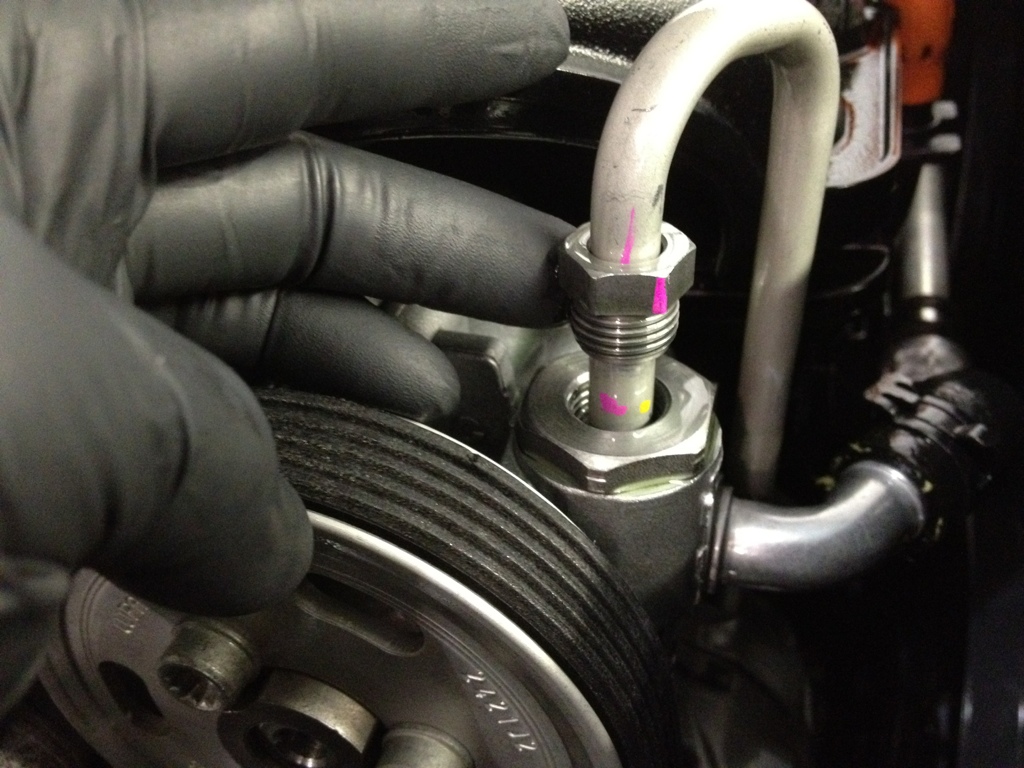 It’s hard to believe that this is volume 30! I would have never thought we would make it this far. Oh, and there is no sign of slowing down. All right, enough of my blabbing, let’s get into some pictures!

When I opened the hood, I found the engine bay covered in oil. The power steering fluid reservoir was totally empty. Generally when something like this happens a line as a hole in it. I dug around for a while but found nothing. And since the engine bay was covered in oil, I couldn’t identify the source of the leak. Finally I started wiggling hoses, and found this. The line was not even threaded in to the pump. I tightened the line, filled the system, bled all the air and she was good to go. Oddly enough the pump didn’t make any noise. Even when the system had to fluid in it. Does that seem strange to anyone else? 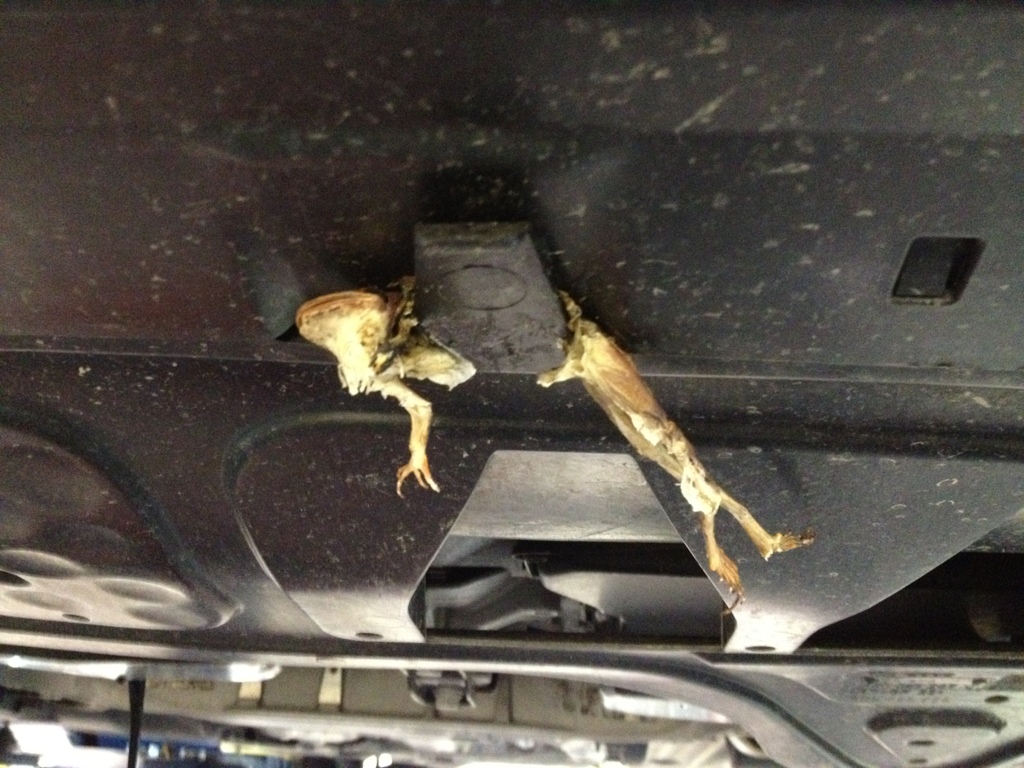 I hate when I have to post pictures like this. This is a little frog stuck in the belly pan of a 2008  Passat. I have no real idea of how this happened. It looks like he was there for a while. I think the tech working on the car left him here. I know that he didn’t have to take the belly pan off for the job he was doing. At least it looks like it was quick for this little guy. Poor froggy. 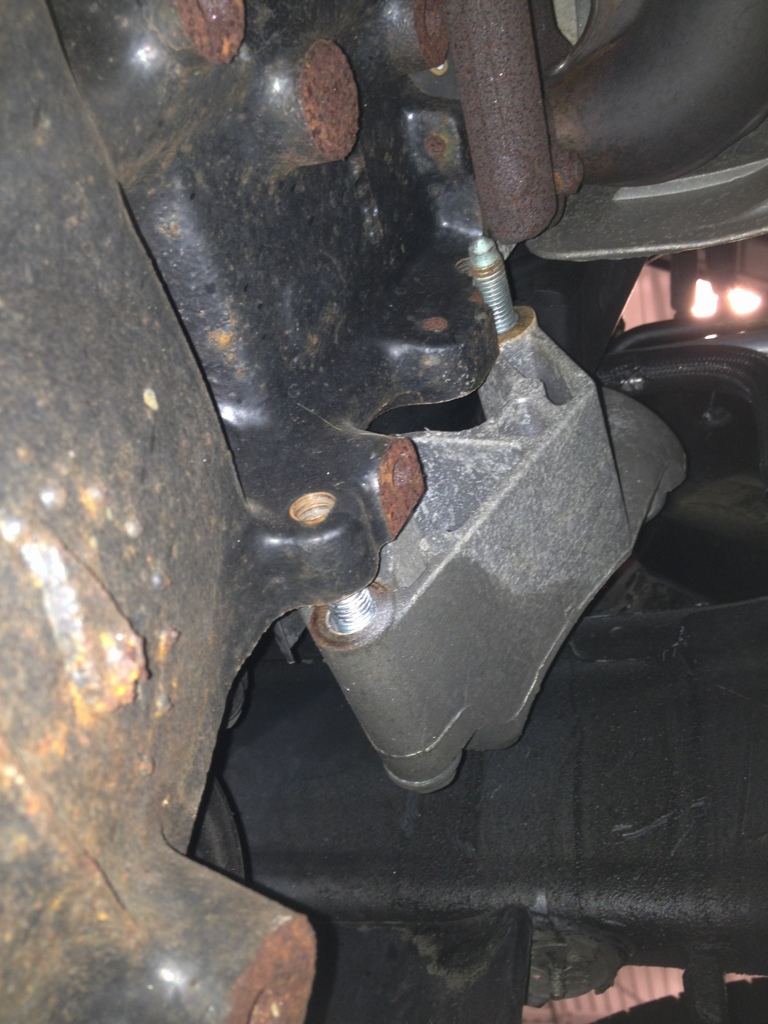 This is how I started my day today. The customer came in saying “A week after you replaced my suspension bushings, my car has a slight clicking noise” I test drove the car. As soon as I put the car in drive, it started screaming. You will see why in the next picture. I didn’t want to take it too far because of the noise. While I was pulling it into the shop, I could hear a really loud clunking coming from the engine bay.

I popped open the hood and didn’t see anything strange. It sounded like the engine mount was loose, but it didn’t look that bad from the top. I put the car up on the lift to check the work that I had done. Everything I did looked fine. I glanced up to check the engine mount and found this. The timing belt was replaced a few months ago. I am not sure if the bolts were not tightened, or what but the result is bad. There is an ear broken off the engine block(where the top bolt goes). It looks like the threads are damaged on the bottom bolt. There is some type of aftermarket repair kit for the bottom bolt, but I am not sure about the top one. If we can’t find a proper repair kit, the engine block will need to be replaced.

Here is the result of the broken mount in the picture above. The is also the screaming that I heard the engine make when I put the car in drive. The timing belt tensioner is cutting in to the engine mount. The timing belt is also rubbing on the mount. The tensioner is destroyed! It is a pretty lucky thing the customer brought their car in. We might still have to replace the engine, but at least we have a chance at saving it.

Don’t Wait On Repairing An Oil Leak
Scroll to top