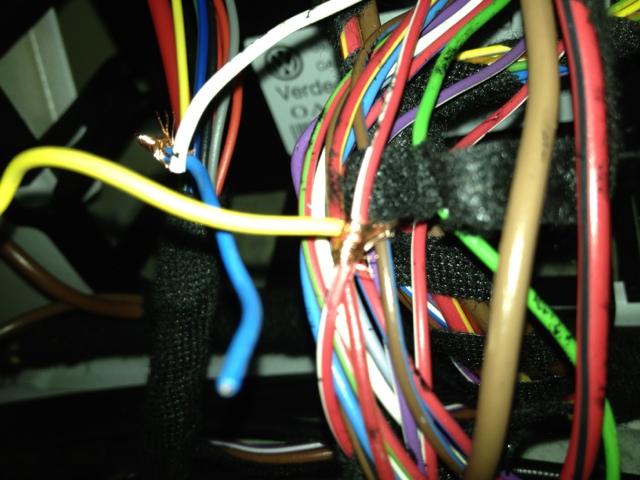 Happy Friday everyone! I am sitting enjoying a nice day off, sipping some coffee, and hanging out with the family. Today I wanted to follow up with a post I wrote a while back. It was several stories about throwing automotive logic out the window. One of comments on that post was from Garrett. He told me that he had a similar story when working on his Jetta.

Garrett sent me that story and I wanted to share that with you today.

On my way to taking my daughter to cheerleading, about a mile after driving, my 96 2.0l Jetta started bucking and surging pretty heavily. Almost to the point of stalling. It would buck/surge then stop and do it again over and over.

It did this most of the time between 1-4000 rpm. I looked it over briefly and didn’t notice anything obvious. I then tried disconnecting the MAF sensor and driving it, changed the effects slightly but still did it. Next i did the same with the throttle body and got the same results. I then took it to a mechanic friend of mine and left it at his shop while i went to work.

After work i stopped back and he had the diagnostic check list printed out for the throttle body. He had checked the levels of each prong with a voltmeter and came to the conclusion it had to be the throttle body. During my investigating i noticed the check engine light didn’t come on when i unplugged the MAF, and it was also coated in engine oil which had leaked all the way down into my air filter from a gummed up pcv so now im under the conclusion i prolly need a new MAF sensor AND a throttle body…ouch!

My next step was google’ing it and asking my fellow vw buddies and vw pages on facebook for help or advice (how i came across Humble Mechanic, you also thought TB from my explanation) So knowing i was due for a tune-up anyway i decided to go against my friends advice and my own gut and do the tune up first. I spent about 300 bucks on plugs, wires, cap an rotor, ignition coil, fuel filter, air filter, vacuum lines and some cleaning sprays (maf cleaner and tb cleaner).

I did the tune-up and stripped my intake apart cleaning everything from intake manifold to sensors to piping and TB. So finally when i was done i crossed my fingers and went for a test drive! IT WORKED! It drove like brand new! For the next 2-3 days anyway! Haha. Then suddenly it started again! I was baffled and angry! So just when i was ready to give in and buy a
new TB and MAF sensor i got a text from a friend who i questioned about my issue.

He said check my fuse panel cuz his mk4 golf burned out the entire fuse panel one by one causing his car to go crazy. I thought it was a far shot but what the heck. I popped the lower dash panels off and started checkin wiring. After a couple mins i decided to look under the hood one more time. 10 minutes later i was back to the thought of ordering a new TB and MAF.

Suddenly I caught a glimpse of a damaged piece of wire shroud or wrap on the main harness next to the distributor. I twisted it around and saw what looked like 2 exposed wires from rubbing, but i was kinda dirty so i grabbed a can of spray and cleaned it up. Sure enough there were 2 barely exposed wires! I traced them back..1 to the MAF and 1 to the TB!!!! S.O.B! HAHA

So i wrapped em um with some tape and hopped in the car…it once again drove great! So i used some zip ties and some more tape to prevent
it from rubbing on the small threads coming off a metal heater line. Over the next few days i was leery, expecting it to start up again…but much to my joy it hasn’t ! All that over 20 cents of tape and 2 zip ties! I couldn’t believe it!

WOW! Thanks so much for that story Garrett! Let me put into Garrett’s story into prospective. If he would have continued on the path to replace the throttle body and MAF, be would have sent over $1000 on parts. $1000 that would have done nothing to fix his car. Imagine how mad he would have been if that happened.

I actually remember talking to him about the issue. Based on what he was finding, all signs were pointing to a throttle body. I have seen mechanics in my shop get beat up over this exact problem. I remember I had a MK3 GTI that the turn signals were acting strange. Turns out it had broken wires in the same spot. I think I stumbled across it the same way that Garrett did, GETTING LUCKY!

Ok, we have a few “housekeeping” things to wrap up.

If you have ever been stumped, or got your butt kicked by a problem, you can get revenge by clicking one of the share buttons below.

Can a Repair Shop Keep An Unsafe Car

Why It's Important To Check or Replace Your Engine Air Filter

What A Mechanic Can Do With A Scan Tool

Glad to have a customer back!
5 replies

A Tough Day for an Honest Mechanic
Scroll to top