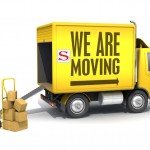 Happy Monday everyone! I hope that you all had a fantastic weekend. Before we get into talking about the cost of owning a car, I want to fill you in on a few things.

As you all know by now, my wife and I were planning on moving. Prepping our house to put up for sale has consumed all of our time for about a month. That is the reason that posts have not been consistent, and I have not been on Facebook,or Twitter much. After a total of 40 hours on the market, we were under contract. We really didn’t see that coming. Now we are in the process of finding a new home.

What does that mean for you guys? It means that we will have more things to talk about. One of the big things we are looking for is a workshop. Or a place to build a work shop. So I can show you all how to set up a garage. Think about things like finishing the floor, building storage and organization. It will be awesome.

The bad thing is, the Luv A Dub is on hold for a little while. The move it self will be eating up plenty of time. This move will also mean shifting our budgeting a little. So the money set aside for the Cabby will be going towards the move. Don’t worry it is just a setback. We will be back working on her in no time.

I don’t think that I would have a hard time convincing anyone that owning a car is expensive. I do think that some things are a little misleading. Take an oil change for example. I remember when I first started driving, an oil change was $19.95. Today we charge about $65 for an oil change. On the surface that seems like like the cost of service tripled. What we don’t think about is we are not changing our oil every 3,000 miles. We are changing the oil every 5,000-10,000 miles.

On the other side, let’s talk about fuel. MPG is up on most all cars. The issue is MPG is not up as much as the rise in fuel price. Sure you get 30% better fuel mileage, but you are paying 300% more for fuel.(those are not exact numbers, just examples)

Get The Most Money When Selling Your Car, Advice From An Auto Mechanic
2 replies