As everyone knows, I work for Volkswagen. While VW has a die hard loyal following, no one can argue that they have earned some negative press over the last 10-12 years. From window regulator issues, ignition coil disasters, and the entire launch of the 2004 Touareg, I don’t blame people for having a negative opinion.

A question came to me from Brandon on the FB page. He asked me to give him my “ABSOLUTE HONEST OPINION” about VW and their car. Here is some of our conversation regarding the issue. You can see the whole conversation here.

i want to hear your ABSOLUTE HONEST OPINION, working as a vw mechanic for so many years i have to ask the big question. No matter where you go online almost EVERYONE says they are unreliable, they break after 100K, they are junk, etc. You cant escape the VW hate online. So i am wondering from your perspective as having to fix them, does vw really mass produce cars that are holding together by thread and duct tape or am i just seeing all of the people with a negative experience talking about the cars? I really want to know as im looking to buy a new vw for my first car and I want to make sure i made the right choice. Thanks! 🙂
Friday at 10:28pm ·

Humble Mechanic‎Brandon, you have a great question and some pretty legit concerns. I want to give you a better answer than I can at at midnight. I will put something together for you tomorrow. Thanks for liking the page, and I will answer all you questions tomorrow.

Ok Brandon~ Here is my reply
It’s true, VW has earned a bum rap. From the window regulator issues, and the ignition coil disasters to the launch of the 2004 Touareg, there is no shortage of things VW has dropped the ball on.Then you go and read things in forums like VWvortex, and TDIclub. The cars get slayed, the dealers get slayed, the mechanics get slayed. The info is out there, and I have read enough to make me sick.
The truth is,YES VWs break. I have had to fix cars with <10 miles on them. I have had customers get there cars bought back because of issue after issue after issue. Also remember that I see the worst of the worst.Then there is the flip side. The reason that VWvortex, and TDIclub exist is because people LOVE there VWs. If the product was that bad, it would have a hard time earning the following that it has.

Remember, the loudest voices are the people looking to complain. People now have a platform that allows them to tell their story, be it good or bad. Visiting the VW facebook page is a perfect example of that. Here is what they will not tell you. Did they maintain their car? Did they do all of the things that are required on EVERY vehicle to keep it running properly? What are they comparing it to? Is a VW even right for them?
You are looking to buy a DRIVERS car, not a toaster(Toyota). If you want to have a car that runs properly at 100,000 miles, you need to do your part. Proper maintenance is key. Plus everyone needs to understand that things will break. You will need to replace belts, batteries, tires, and brakes. The odds of the check engine light coming on is VERY high!
That is not just VW.If you owned a 1995 Honda Civic, and never had an issue, do not expect your 2012 VW to be the same. not only is it a totally different car, but emissions standards, and government regulations are vastly different. These cars are held to a much higher standard than they were 15-20 years ago. 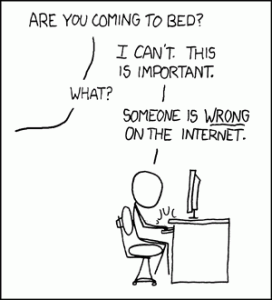 I think I gave him the answer that he was looking for. I did want to expand a little about his concerns. Like I told Brandon, the loudest voices are the ones that are complaining. All of the social sites have given people a voice that they have not had since small town America.I think its amazing that we have this at our disposal. This does however allow people to complain about any and everything.

There is also the FACT that people are not looking to read about problem free Volkswagens. There were NO searches for any phrase I could think of that basically said VWs were great cars. I must have entered 20 phrases trying to find one. On the other hand ~74,000 people searched for “Volkswagen problems”. What does that mean? Well, before we buy something, we want to research the problems. Or, we have a problem and want to see what issues others are having. Misery loves company right 😉 It pretty much boils down to we want to read about problems, the numbers don’t lie!

Well, I hope that I have answered the question for Brandon and anyone else that might be concerned about cars and the negative thinks we read. What do you guys think? I think Brandon is dead on with his concerns, but just like anything else we need to take the information given and make our own choices.

Oh, don’t miss tomorrow’s post, we will be talking vehicle first aid kits!!! A good friend of mine is a nurse, and she is helping us(me included) build a first aid kit for our car! You can subscribe o the email list so you don’t miss anything!

So, yesterday I wrote a post about how The Internet Can NOT Fix Your Car. After writing that post, the internet was totally screwing with my. I figured I needed to get some karma points back and tell you guys how you can use the internet to HELP get your car fixed.

I want to break this up into 3 parts, Price, DYI, and information. Everything you can find online will fall into one of these 3 categories. Or, you can just come to Humble Mechanic and end your search. 😉 Seriously, lets take a look at some good ways to use the internet for help getting your car fixed or maintained.

Price
The way I see it, more people do things for there car based on price. How can you use the internet to get a better deal? Lots of ways really.

DIY
Using the internet to find instructions to do it yourself is one of the best things ever! I am always using sites to learn how to do things, no matter the topic, you can find a”How To”.

There is also the purely informative side of getting your car fixed. Lets not even call it fixed, lets say knowing your car. This will go far beyond what you see in an owners manual. While the owners manual is a great great GREAT tool, it is only current when the car is built. Updates come pretty fast in this industry. Believe me when I say that we get so many notices that come down the VW pipeline, its damn near impossible to keep up. The cool thing is there are a lot of people that will put this information online.

I hope that I have given you guys some good resources and ideas. One other thing, remember that this is your community too. Be sure to ring in with your thoughts and comments.. Oh, and tune in tomorrow for Shop Shots, I got a few good ones. 😉

So you might be thinking, “Why the hell is Charles talking crap about the internet and fixing car”. I spend almost every second of the day working on cars, or working on this site (and some other side projects), why would I say something like that? Heck this community even has its own Automotive Forum. 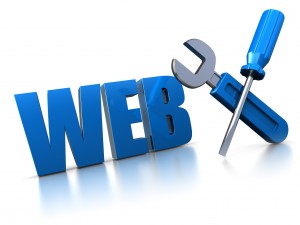 Well, for one, its true! The internet CAN NOT fix your car. You can not type “replace my timing belt” into Google and expect it to be replaced. That would be stupid right? Well the same goes for everything else. I wish I could count the number of times someone has come in to the dealer and said “Well, (insert website here) said that this is what is wrong with my car”. Oh, and you usually have to say it with a snotty voice. 🙂

Now don’t get me wrong, I think that customers need to be informed. I think the more information that the customer has, the better an experience they will have. Doing research on issues with your car is an important to help from being taken advantage of. I would recommend having the following information.

I rely really heavy on information that customers provide. Researching the issue you are having with your car might help you explain the problem better. Even if it does not apply to the car. I would much rather not need information, than not have it.

I guess what I am saying is it all boils down to attitude. I would like to beleive that when a customer puts a lot of time into researching their car it’s because they LOVE their car. The sad truth is, it comes off like they just want to prove the dealer wrong(sounds like my mother in-law). If you find information that might help your mechanic, PLEASE PLEASE PLEASE tell them. Let them figure out if it applies or not.

Just to be 100% clear, I love the internet. I dig all of the really cool social media platforms(I think Pinterest is about to BLOW up), the amount of information is endless. I used YouTube nonstop when building this site. I had no idea how to do any  of this stuff. I am really thankful for the help I got and continue to get. But I would never expect someone to just do it for me. I studied the information, and did the work myself. That is exactly how it works. 🙂