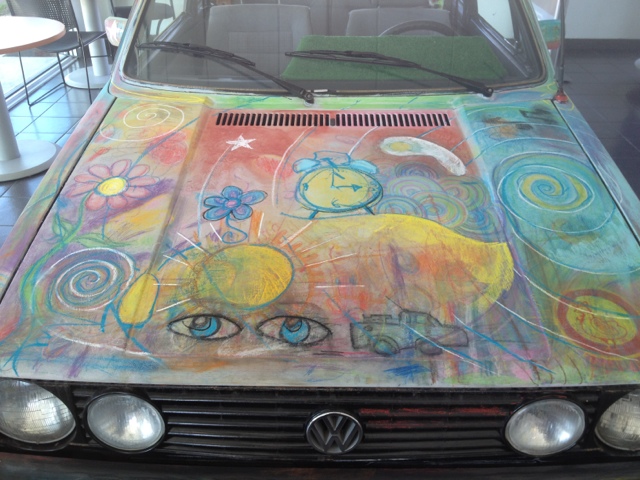 There are time when fixing cars, that no matter how hard you try, things just don’t go right. Today I want to tell you all a story about fixing cars, helping a customer, broken parts and trying to make it right. Okay, here we go.

A couple of weeks ago, my service manage called me into his office. He showed me a letter that a customer wrote to our general manager. The customer that wrote the letter explained how she was disappointed in the service that she got from our dealer.

She brought her 2006 Touareg in for us to diagnose her check engine and traction control light. The tech working on the car found that it had an issue with a sensor that monitors the position of the steering wheel. He determined the problem was either the “Clock Spring” or the steering electrics module. He could not prove which one was bad, at least not 100%. He rolled the dice and picked the clock spring. I can totally justify his choice. Most times when you have a moving part and a non moving part, you pick the moving part. It is way more likely to fail.

Now I know what you are thinking, that customer didn’t really need to replace the clock spring. You would be right in thinking that. Since we can not return used electrical parts to VW, the dealer had to make it right. We charged the customer what it would have cost to repair the car, and we paid for the rest.

That is enough for the customer to be upset, but there was more to the story. The customer was upset because of all the back and forth. They live over an hour away, so it was a big deal for them to bring the car back. We did give them a loaner car, but that had some issues too. It did take several weeks and several trips to finally get their car fixed.

A short time after they got the Touareg fixed, the steering wheel started to squeak. I think that was the final straw and the reason for the letter. The service manager and I talked about possible reasons for the noise, and how to go about getting it fixed. I figured that the trim was not installed properly, and it was rubbing the steering wheel. That can make one heck of a noise.

We got the customer back in to repair the noise. This is when I got the Touareg. I pulled the trim off only to find that the clock spring was the problem. Try as i might, I could not get the noise to go away. We didn’t have one in stock, but the Audi store up the road had one. I ran up to Audi and picked up the new part.  The install is pretty quick because I had the car taken apart. I installed the new clock spring and put the car back together.

Thinking that I had the Touareg all fixed, I started to pull the car out. Well, as (bad)luck would have it, the traction control light was on. I went round and round trying to get the light to go out. Several attempts of relearning the sensor, all to find that it would not set.

By now the customer had spent about 3 hours at the dealership waiting for me to fix her car. We decided to give her a car to drive and send her on her way. I stuck around a few minutes late to see if I could find the issue. I wound up putting the old part back in. Again Bahzing~ the car was fixed, well it still made noise, but the light was out.

So far we had 2 bad clock springs right out of the box. I ordered another new clock spring and got the car all fixed up, or so I thought. When the customer came to pick up the car, the Airbag light was on. My service manager called and asked me if I was suspicions of anything with the Airbag. I said no, because the light was off when I pulled the car out. The Airbag light will stay on if there is any issue, plus it is hard to miss that light being on.

Since I was off that day, one of the other techs checked it out and found that the connector for the driver airbag as loose. He popped it back and she was good to go.

So what is the moral of the story? Sometimes things just go wrong. We did everything we could to make it up to the customer. I spend a while chatting with her while she was waiting, keeping her posted on the progress. When you get bad parts, there is not much else to do but try and make it right. Plus I am mad at myself for not plugging in that dang airbag. I promise you that will not happen again!

I know that this was a long post, I just needed to tell you all the story.

Get The Most Money When Selling Your Car, Advice From An Auto Mechanic
Scroll to top