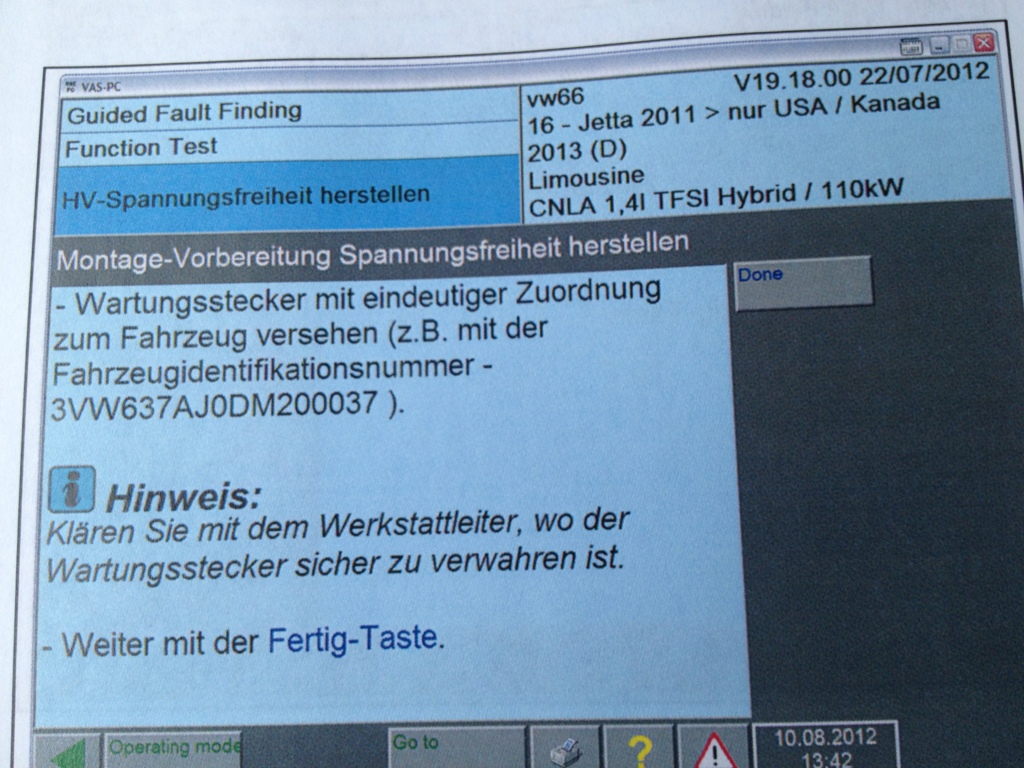 Hey folks, it’s Wednesday so that means is time for some Shop Shots. As always this is your behind the scenes look at Volkswagen repair. Think of it as your way to see the crazy things that a VW mechanic sees, with out getting dirty. Don’t forget, if you want to share a picture from your shop, or of your ride, just contact me! Let’s do this 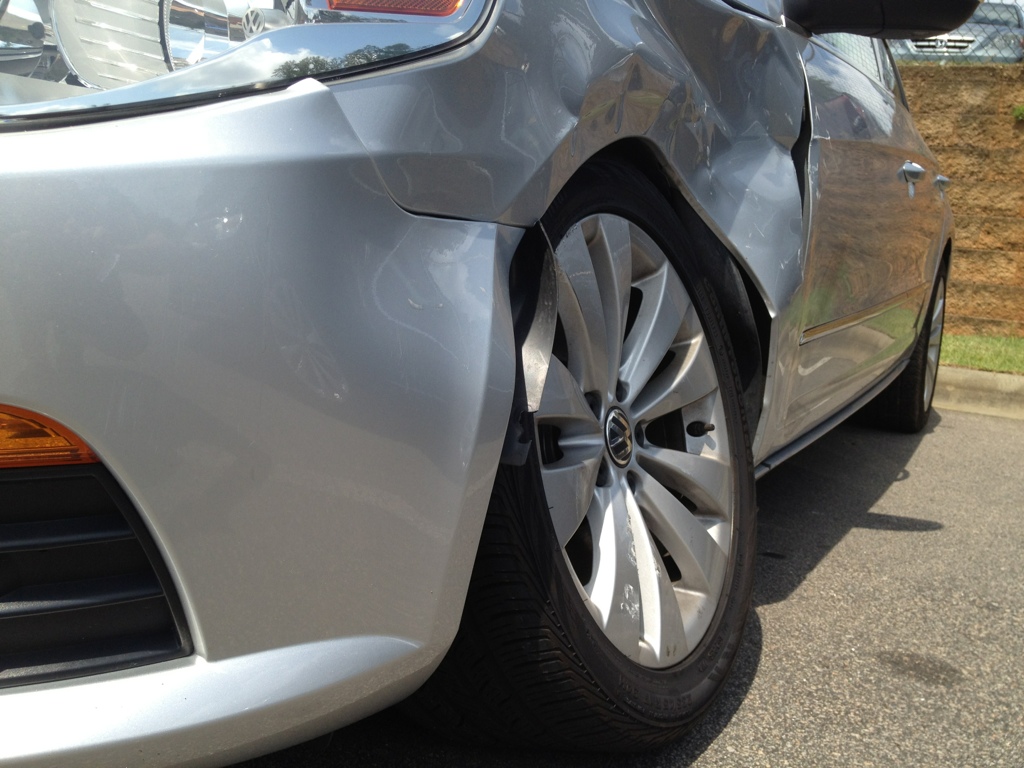 I hate to see wrecked Volkswagens, but I really like to share the pictures of them with you guys. This is a picture of a 2010 CC. The left front got hit pretty hard. The outer edge of the wheel was about an inch off the ground. The strange thing about the damage is how isolated it is. I don’t think that a car hit it. The impact area is too small. I guess if a car hit at the right angle it would do that damage.

I would almost say that maybe a deer hit the CC. But the way the wheel is pushed in makes me rethink that. I will try and find out what happened. The truth is I probably won’t. I also find it strange we get so many wrecked cars. We don’t have a body shop. 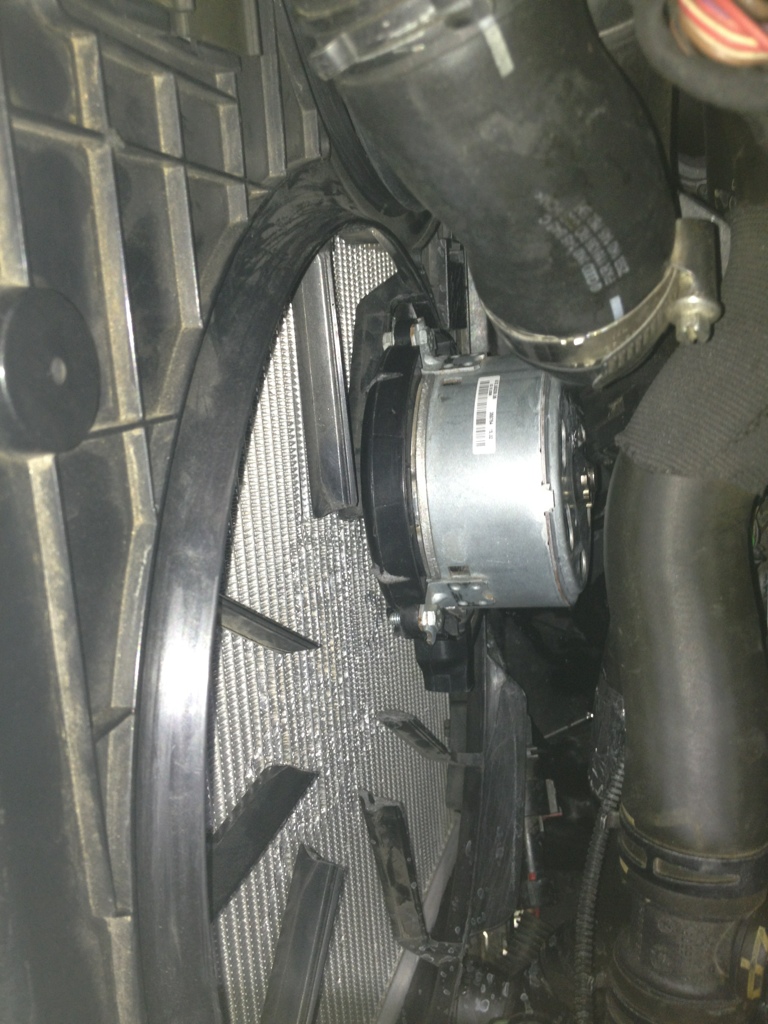 This is fan destruction. This car came in with the concern “A blade on my fan broke and cut my coolant hose. When I opened the hood, I found this. The fan is missing all the blades. The radiator was all beat up, and a coolant hose had a big cut in it. I have never seen a fan break completely off the mount before. I also don’t really know how it didn’t punch a hole in the radiator.

I had to replace the radiator, the main cooling fan, the fan holder(also called the shroud) and the coolant pipe. Once I got all the parts replaced, I found the fans didn’t work. It turns out, luckily, the fuse was blown. That is probably the reason there was not more damage. Sadly we didn’t have the fuse in stock. I was not able to fully test the system. The customer declined ordering the fuse. 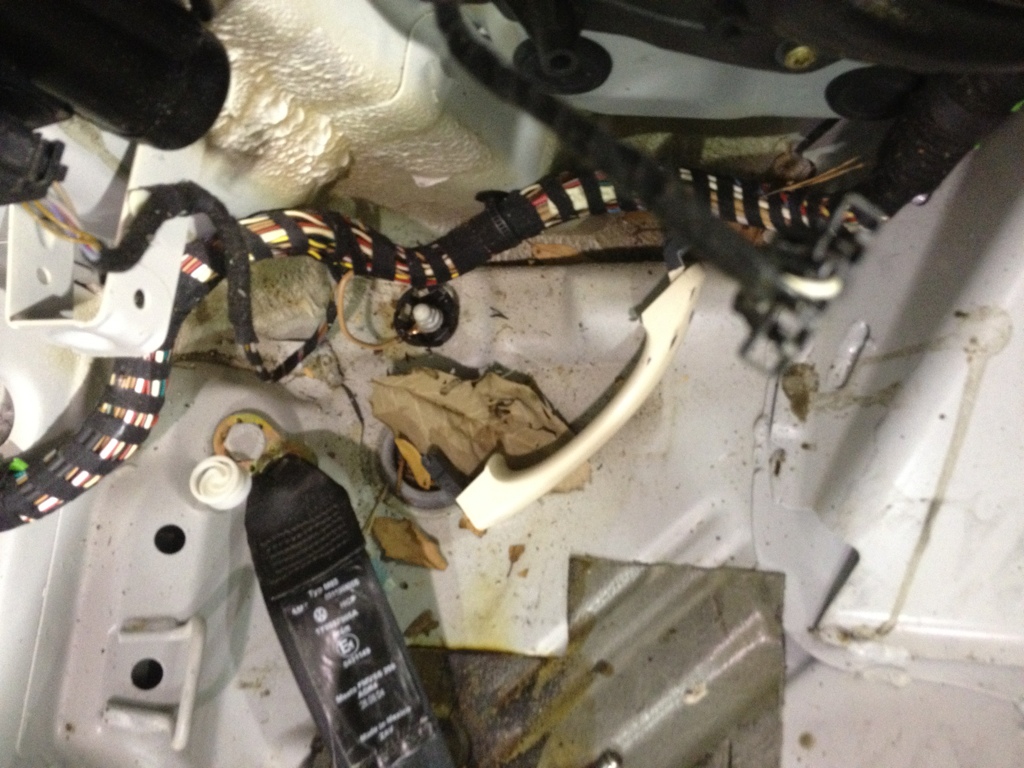 Okay this will take some explaining. This is a shot of from under a beetle convertible seat, and behind the trim panel. I had to replace the rear window regulator on this 2005 Beetle. To gain access to the window regulator, the rear seat and the trim on the side. I removed the seat and trim no problem. So far nothing crazy, just another broken VW window.

When I went back to remove the window regulator I noticed something odd. There was something that was laying at the bottom. It was painted the same color as the car. That is odd because everything is just primer. Some how, there was a door handle just sitting behind the trim panel. How the heck does a door handle for the outside of the car get behind a trim panel in the rear of the car? Maybe it was at a body shop? I don’t know how it happened, but it sure is funny.

I did a post yesterday about the new 2013 Jetta Hybrid.I had mentioned that the information is really limited because the car has not been released yet. Well here is a screen shot of our diagnostic software. As yo can see, it is mostly in German. Even though I have worked for VW for some time, I don’t speak any German.

The bad part is, this is the procedure for de-energizing the high voltage system. Good for us, the instructors had translated the test. I am 100% sure that this will be fixed by the time the car hits dealers.

Well, you have squandered away another Wednesday, but reading Shop Shots. Thank you Click and Clack for that line. HA. Most likely while you are reading this, I will be driving back from my training. Hopefully traffic will be good. Bad traffic turns a 5 hour drive into a 9-10 hour drive. You will know I hit bad traffic by the number of tweets I send from the road. Mass tweets=bad traffic. 🙂

Why Does A Volkswagen Key Cost So Much?

Tips on Buying a Used Car, and The Hunt for a Project Volkswagen
6 replies

Spend Less on Tools by Purchasing Kits
Scroll to top