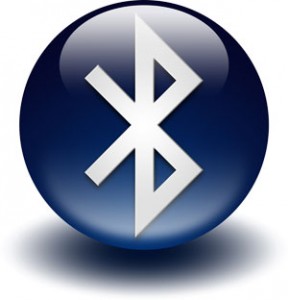 The last few years of car technology have been pretty impressive. We don’t have the flying cars that The Jetsons promised us, but we have some cool stuff. Consider that my 2005 Passat has a tape player in it. Now we are in the world of Bluetooth streaming audio and hands free, voice activated calling from inside our cars.

With any advancement in technology, there are growing pains. Things that we don’t thing about when seeing a really cool new feature. The one that I am seeing the biggest concern with is Bluetooth.

I think Bluetooth is fantastic! I love to be able to have a phone connect automatically to my car, and continue playing the song it was playing. We also know that laws regarding hands free calling will only increase as we move forward with our cell phones. As wonderful as all of this cool technology is, there are some issues we have now, that we never had before.

Compatibility
Does anyone know how many Bluetooth cell phones and other devices there are? I don’t. Well over 100 I would guess. With that number of devices(Iphones, Ipods, Zune, Droid and so on) issues with compatibility are going to occur. How can a company that designs a radio ensure that it can work with every device now, and few the next few years? I don’t think they can. \

Updates
How often does an IPhone get updated? Once a year, 5 times a year? Between the big updates, and the small patches the information changes all the time. Well, when Apple updates a phone, do you think they tell everyone exactly what they change? Nope! Do they test every radio with the new update? I highly highly doubt it. I pick on Apple because they seem to have the most issues that I see. I will say that most of our customers have Iphones, so that makes sense.

Your radio on the other hand may never get updated. VW will put out a radio update from time to time, but it is usually geared at fixing a single issue. Not a broad spectrum update for all things. Whenever a cell company updates a phone, we get a influx of people coming in saying that their BT is not working right. The bad part i, we can’t really do anything about it.

Your new radio is not new
When you buy a brand new car, you think everything in it is new. And that is true, in that the part itself is new. The design is generally not a new thing. It is usually an upgrade from a previous version. One of the first touch screen radios that VW put out was nothing more than an old design radio with a new face on it. The computing power of the radio was very low. That is why it would not stream BT audio. Even though it had the option on the screen. It would never work.

The same goes for all car makers. There are only a few companies that manufacturer radios. They make similar radios with different interfaces. Even if the radio looks very different, the guts are the same or a small upgrade from the last model.

How to handle this new issue
This is the most frustrating part for everyone.

So what can we do? Well I am generally not an early adopter of new updates. I like to give it time and see how the update is received. Heck, it took me about 9 months to update to the new twitter. I also think that this will be an issue going forward. Phones will be updated all the time, and cars will be left to catch up.

I do think this is a great opportunity for someone to start an awesome business. Developing patch software for radios and phones to work seamlessly together. Like all computers, radios can be hacked. I see huge potential for someone to write a small code to make things work right. If anyone know if this is being done, please please please let me know.

What do you guys think? Is will we be dealing with this from now on? Is there an alternative to “just dealing with it’? Maybe we will see some type of standard set for all radio makers and or cell phones.

You Don’t Have To Be A Car Expert