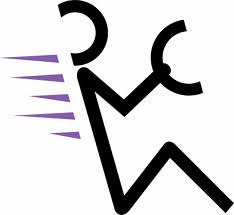 Well, it was only a matter of time before we came to Fahrvergnügen. Do you remember the ad campaign from the 90s? You know,

Its what makes a car, a Volkswagen!

I didn’t work for VW during that ad launch, but I remember it pretty well. I know that people were kinda nuts about saying it. Since the weather is getting awesome, I thought that I would take a little step back and share my “Driving Enjoyment” story.

Growing up I was not really a kid that was into cars. I mean, I loved the poster of the Ferrari Testarossa, or the Lamborghini Countach as much as any kid, but that was about it. My first car was a sweet red Jeep Wrangler. It was the super underpowered 5sp 4 cylinder, but none of that mattered. It was so much fun to drive. What could be better than 4wheel drive, AND a convertible? Not much in my mind..

Now me being me, I could not leave the Jeep how it was.(hang with me, I will get back to driving). The first thing that I did was get a CD player installed. Now this was pretty awesome for 1997. Since I ALWAYS had the top off, I needed to add some bigger sound. I got a couple of speaker boxes from Best Buy, and installed them. I had no idea how, but I figured it out. I had an amplifier installed to pump more juice to the speakers. At the time, I didn’t care about going fast, it was all about the ride.

As a teenager, there as nothing better than cruising around on the back roads with the top down, and radio pumping. I thought I was the coolest cat in town. It was those times that made me fall in love with driving. It didn’t matter if I was in a bad mood, a great mood, mad, sad, you name it. That drive seemed to cure what ailed me.

Fast forward a few years, and a couple of lame cars later, I fell back in love with driving. Ironically it was about the time I started working in the car business. When I worked at CarMax, I found the next my next car love. It was a 1997 Acura Integra GSR. The GSR looked cool, sounded awesome, and was FAST. It was far and away the fastest car I had owned, and my love of driving was renewed. Much like the Jeep, it was windows down, radio blaring, just enjoying the ride. Well, I sold that Integra in an adult decision. I needed to ditch the car payment to go to tech school. It was a sad day to see her go. I learned a lot about installing car stereos on that car. It was the first car I really hooked up, the right way.

Since then I have had some cool cars. My Mitsubishi Eclipse GSX was cool. I had an Acura CL Type-S for a while that was nice, but nothing like the GSR and the Jeep. Don’t get me wrong, I love my Passat. I have had it longer than any other car I have ever owned. The Fahrvergnügen is there, but not like it was.

You know its funny, I talk to people that say “I hate driving”. I like of all the really awesome times that I have been behind the wheel. It bums me out that they don’t share that same love of driving that I do. Now don’t get me wrong, I HATE sitting in traffic and I hate driving in snow. Short of that, I am all about the drive. Let me also be clear, NOT the ride. I don’t make a very good passenger. I am sure that my wife would be more than happy to tell you all about it. 😀

Be sure to subscribe to the  Humble Mechanic YouTube channel. The videos will coming more often. The Cabriolet will be coming home on Tuesday(I hope). I can’t wait to start working on it. There will be lots-o-videos to see. Don’t miss them.